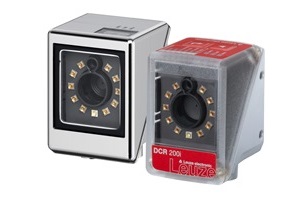 iTRACE Technologies, Inc., a provider of supply chain security applications for anti grey market and anti counterfeit, and Leuze, a global provider of automation sensors, announced the integration of iTRACE 2DMI with the Leuze DCR 200i Camera Based Code Reader for Blockchain registration and authentication.

iTRACE helps brands fight the issues of counterfeit, grey market, diversion and production overrun of their products with its blockchain connected 2DMI supply chain security. With the integration of the Leuze DCR 200i range of camera-based code readers into the iTRACE infrastructure with the 2DMI technology, customers are now able to capture transaction and authentication information automatically anywhere in the supply chain.

“The integration of the Leuze DCR 200i camera-based code reader is using our standard mobile application infrastructure which allows these industrial sensors to automatically capture the same information as the iPhone and Android devices anywhere in the supply chain.” said iTRACE founder and CEO Mark Manning. “This means that any system can now automatically participate in track, trace and authentication of any item or component and push that data to a blockchain or tracking database via the iTRACE Blockchain Gateway.”

Using iTRACE 2DMI and the DCR 200i allows the part being scanned to be securely identified and the transaction recorded on digital ledger technologies like blockchain, enabling a secure connection between the physical product and the digital ledger which is necessary to complete any blockchain tracking or authentication application. The key to the security of the application is the ability to create the digital twin of the physical product to ensure that is the original item that is scanned at each location.

Leuze has recognised that “iTRACE 2DMI provides a much higher level of security and damage resistance than QR-Code, Data Matrix and 1D Barcodes are able to do” said Joerg Woerner, business development manager at Leuze. “This makes the combination of the DCR 200i and 2DMI ideal for difficult and harsh environment applications in aerospace, automotive and medical device”.