Will AI replace the human workforce in 2020? - The EE
Skip to content 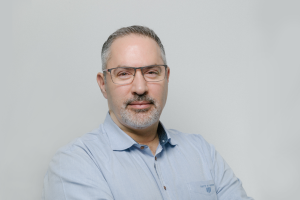 The fear of humans being replaced by machines has been growing in prominence in recent years, says Nikolas Kairinos, CEO and founder of Fountech.ai.

Through the dystopic predictions pushed forward by media figures and sci-fi authors, many of us have internalised the idea that any advancement of workplace technologies particularly artificial intelligence (AI) comes to the detriment of humanity as a whole, and vice versa.

The thinking here is that, as companies allow machine technology to take on more automated processes, humans will eventually be entirely pushed out of their roles, leaving millions unemployed.

These fears, specifically regarding automation and the workplace, are nothing new. For example, the anxiety caused by the arrival of machines on the textile factory floor in the 19th Century resulted in the Luddite uprising.

New machines made the weaving process far more efficient and cost-effective for factory owners. Consequently, many workers feared that new machinery would drive humans off the factory floor, making them obsolete.

A 1939 editorial from the Kentucky New Era suggested that ‘technology is not to be feared if its savings are shared properly among labour, management and the consumer’ which absolutely looks to be the case with artificial intelligence.

Despite AI automation undoubtedly making some roles redundant, it will also spawn millions of new careers facilitated by the opportunities brought about by successful machine collaboration; in fact, the World Economic Forum predicts a net increase of 58 million new jobs as early as the middle of this decade.

Whilst we have established that the workforce is changing, it won’t be a case of AI taking over roles that would’ve otherwise required a human to be hired. Instead, we will see a strategic introduction of AI into the workplace, which will help employed individuals maximise their skillsets.

Through providing the exact information required for someone to maximise their efficiency, and by accomplishing the more laborious tasks of any particular role, AI can be an immensely beneficial collaborator for an employee, who will find their job far more strategically focussed and less clerical, and the employer, who benefits from the increased overall productivity. This process is what is referred to as ‘amplification’; humans not only using machines as tools but collaborating with machine learning-based AI to enhance or ‘amplify’ personal performance.

The need for human skills

The main question now, however, is what will this collaboration look like? And how can such a well-balanced collaboration exist when humans and AI have such differing skillsets?

An example of such AI-powered job amplification can be found in the world of sales. Despite being a profession that relies on the human nature of business development via forging close relationships with key individuals, salespeople often find themselves searching through massive datasets to discover who to contact in order to chase the best leads.

To take on these more laborious duties and to free salespeople up to think strategically, Fountech.Ventures incubated Prospex an AI that accomplishes exactly that. By trawling through giant sets of data in mere seconds, Prospex can save an enormous amount of time for salespeople, enabling them to adequately prepare for approaching promising leads. Thus, by taking on the more clerical tasks with inhuman speeds, a salesperson’s time actually selling is maximised amplifying their job performance overall.

As sophisticated AI software becomes cheaper and more generalisable, the more instances of AI-powered job amplification we shall see. Harvard Business Review found that, among 1500 different companies, the best all showed instances of humans and machines working together collaboratively so companies will be eager to explore new possibilities for their staff.

Many of the ways we’ll begin working with AI may be entirely inconceivable to us right now, just as ‘Social Media Influencer’ would have been inconceivable to someone just 15 years ago, so it’s tough to predict exactly how AI will have transformed the workplace by 2030. All we do know for certain is that even if AI brings about the greatest positive change to the workplace imaginable history tells us there will still be those frightened by what the future brings.

The author is Nikolas Kairinos, CEO and founder of Fountech.ai

Nikolas Kairinos is CEO and founder of Fountech.ai, a company specialising in the development and delivery of artificial intelligence solutions for businesses and organisations.