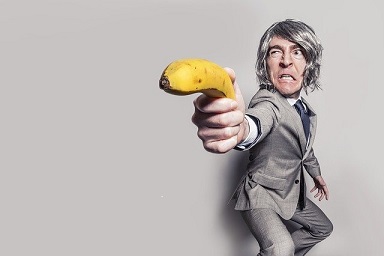 As enterprises pivot to customer-centricity and adopt digital era tech, often their greatest foe is their own status quo. Too often, a stubborn commitment to the status quo starts at the top and is ego-driven, says Ed Finegold, author, analyst, and digital start-up veteran, Silverwolf Productions LLC . It’s frustrating to work for a leader for whom no amount of data, logic or rational argument will change their closely held convictions.

Their single-minded approach, sometimes accompanied by a foul temperament, is self-defeating. It promotes an unwillingness to challenge assumptions in environments where positive, data-driven improvements are needed. Leaders who have succeeded as positive change agents are showing there is a better way.

I have worked for more than one mercurial, stubborn executive in my career. But it was a meeting with a client that best exemplified the ego-driven, status quo-bound mindset.

My chief executive and I were meeting with the CEO of a US$31 billion (€28 billion) client company. Our goal was to gain some funding for an advertising campaign which would benefit our customer. There were four people in the conference room with us: the client’s CEO, his chief marketing officer, his head of digital, and his chief advisor from a major, global consultancy.

As soon as the meeting began, our client’s CEO told us he wasn’t going to give us any money that day. I was suddenly unsure why we were having the meeting but figured facetime with the boss was still valuable. The discussion then focused on the relationship between customer experience and loyalty.

Our client’s CEO insisted on ignoring loyalty and focusing on new customer acquisition. He proposed a variety of gimmicky new ideas, even suggesting we offer a $1 million (€0.9 million) sweepstakes prize which no one could win. Everyone in the room nodded affirmatively to please the CEO, except for me.

I argued that customers were leaving, and it was time to offer them something of perceived value to plug the leaks. The CEO insisted proactive customer outreach would only chase them away. Everyone in the room again gave their assent.

Clearly, this was a culture where no one would dare challenge the CEO’s assumptions, even if they defied logic. The company was losing customers, revenue and market value.

As the CEO paced the room, pontificating, I shook my head and never took my eyes off him; I wanted to see how far it would go. Finally, he became so frustrated that he snatched a pencil off the table, slammed it down in my direction, shouted “you’re wrong!” and stomped to the far side of the room. He refused to acknowledge my presence for the remainder of the meeting. But as time expired, he told my CEO he’d fund our ad campaign. I think we made ourselves a problem and he threw money at us to salve his ruffled ego.

This was a stunning example of a major corporate leader’s unwillingness to question his own assumptions in the face of overwhelming data. His stubborn refusal to do so permeated the entire organisation. His unpredictable manner made colleagues fearful or motivated to avoid negative outbursts. This is status quo-keeping at its worst. It’s an attitude that enterprises can’t sustain in an era that demands rethinks of traditional business tactics.

How to  change the status quo

In stark contrast to this example of closed-minded immaturity, I recently interviewed Sorabh Saxena, executive vice president, global operations & services at AT&T Business. Saxena thrives on driving positive change,  sees value in challenging assumptions and believes in working tirelessly but compassionately to chip away  at negative aspects of the status quo without harming what’s good.  The challenge, he says, is to prevent the negatives from building back up again.

Sorabh’s global operations & services unit in AT&T Business has recently undergone a massive reorganisation. It has removed traditional organisational silos and reduced the number of job roles in the group, expanding every teammate’s purview.

It has shifted to customer-focused, multi-disciplinary teams that physically and virtually work together. It has driven team accountability by eliminating process hand-offs. The entire unit is focused on and responsible for improvements in key customer experience metrics, which are reported and shared in real-time.

Saxena argues that status quo is an aspect of human nature and organisational behaviour. People and groups find a rhythm and want to sustain it. “We all get comfortable,” Saxena says. “If that happens at an individual level, how do you deal with it with thousands of people?” This is the challenge that enterprises’ executive leaders face in driving positive change.

Saxena explains that it takes more than a top-down approach to move a large organisation in a new, positive direction and have people embrace it. “It’s a wavelike motion. You start at the top, but you need quickly to get the movement started at the bottom,” he says.

“It’s a necessary back and forth that has to happen, not just from the top of the mountain. I’m very cognisant of that and everybody has to feel a part of it, be invested in it, or you lose the momentum,” explains Saxena.

Bringing people at all levels of the organisation along is the most crucial aspect of challenging the status quo and driving positive change. “You have to carry people with you,” Saxena says. “You have to get their mind as well as their heart, so you have to give them logic and facts but also a rallying cry and motivate them,” he says.

Motivating people, as we all recognise, isn’t done effectively with threats or fear. It comes from real leadership that backs up decisions with data and facts and shares them with the organisation to earn trust. “People are very smart.

If you ask them to do something, it’s better to recruit them and be transparent about it or you lose them on trust, and that’s the most important thing,” Saxena explains. “You have to be a people leader, not just a leader’s leader, and infuse everything with data and facts,” he says.

Getting at facts and data is also a skill. On an individual level, for a corporate leader, it means having a willingness to listen. “You have to lead with listening,” Saxena says. He explains that listening includes picking up signs from people, customers and sales teams.

Listening also comes from reading and by studying relevant data. “As a servant leader, I tell my peers and teams that ‘I’m here for your success.’  You have to be open to change. As I learn more, I adjust my thesis. You have to be connected to logic and facts, not to ego or false notions of what’s right and wrong,” Saxena says. “You have to ask yourself every day, ‘am I doing these three activities well: excelling at what I’m responsible for, helping others succeed in their roles, and doing something today to help others that I won’t get credit for?’”

As a result of this approach to change, AT&T Business has reoriented itself for customer-centricity. This effort has been driven not only with Saxena’s described leadership approach, but also with a massive customer experience data collection effort. This data is shared with all teams in real time and everyone’s performance is measured against positive changes in key metrics, like Net Promoter Score (NPS).

Advice for leaders from an old salt

When you’re a director in a big company, you’re a bit like a Roman Centurion. You have some authority and rank, but you’re there to ensure orders are carried out. Often, that means figuratively grabbing a pickaxe and digging a ditch; marching through foul weather; and wading into the fray. It also means you’re among the first to experience whether a leader’s decisions make sense.

From this vantage point, part of your responsibility should be to share intel about the situation on the ground. Good leaders will listen, adjust or not, and explain their decisions. Bad ones just don’t care. My advice to executive leaders pursuing positive change is to heed Saxena’s approach and avoid pencil slamming.

Your Centurions and soldiers will gladly take on challenges if we believe in the decision-making process, even when we don’t know enough to agree with your decisions.