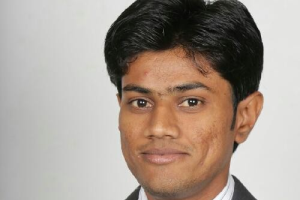 Microsoft has IT business all over the globe. It is equipped with a comprehensive product portfolio ranging from Azure platform to Microsoft 365 Dynamics that cover a significant part of business applications.

Microsoft supports the aforementioned countries with the commencement of data centres and research labs related to AI and cognitive to support local government in the development of ICT infrastructure and drive the national economy.

Recently, Microsoft signed an agreement with Affirmed Networks, one of the innovative vendors that deliver software-centric solutions to telecom network operators building core network infrastructure. Founded in 2010, Affirmed Networks has supported telcos in developing 4G and 5G core infrastructure with the help of its virtual product portfolio. Affirmed Networks is among the pioneers in the arena of network slicing to support the telcos’ 5G and edge computing journey. To date, the company has received more than US$155 million from several venture capitalists and has a bunch of Tier-1 and Tier-2 telecom operators as customers, namely  AT&T,  Orange, Vodafone, Three, STC, Digicel, Telstra, and Etisalat, among others.

The telecom sector has long been on Microsoft’s radar, as witnessed by several partnerships with telecom network operators in edge computing, IoT, AI, analytics, and cloud. This has helped operators to support their digital transformation strategy through its intelligent edge and Azure platform powered with the highly secure and compliant platform.

Acquisition of Affirmed Networks indicates Microsoft’s entrance into 5G software core business. Affirmed Networks has decades of experience in virtualisation and that would help Microsoft to consume significant 5G core market share in 5G core. However, a Microsoft spokesperson says that the company has plans to collaborate with network enablers such as Nokia, Ericsson, Huawei, and Cisco to shake up the 5G ecosystem.

These collaborations will increase 5G deployment across manufacturing, healthcare, utilities, media and entertainment, retail, and government sector. 5G is a connected ecosystem wherein every ecosystem vendor has an important role to play with capabilities to change the entire business landscape.

MarketsandMarkets believes that the acquisition of Affirmed Networks will increase Microsoft’s revenue sources in the coming years. 5G is the next big wave in the technology world with most operators in developed countries commercialised. 5G requires a massive end-to-end infrastructure for its development. Hence, telcos are opting for cost-effective and reliable network solutions to reduce their CAPEX and OPEX. Affirmed Networks’ portfolio comprises of NFV and cloud-native solutions that help telcos to accelerate time to market (TTM), reduce capital investment, and improve network resiliency.

Additionally, telcos can scale the network as per the customer’s requirements. The Japanese telecom operator Rakuten is the first operator to showcase the benefits of end to end cloud-native 5G network. The CTO of Rakuten stated that the cloud-native network delivers scalability, agility, cost-effectiveness, and security in deploying end to end 5G infrastructure. Further to this, CTO also stated that most of the telecom operators across the world are in the middle of the network transformation journey.

Microsoft will be benefitted from the 2nd wave of 5G in countries such as Canada, India, the Nordic region, Brazil, Russia, Singapore, and some part of China, Japan, GCC, and European countries. Most of all these countries have started 5G trials and have conducted pilot projects in the labs and ground level to test the quality of 5G service.

The low CAPEX and OPEX are prime benefits for the majority of telecom operators and are expected to embark on the journey of the cloud-native network in the 5G and embrace the power of virtualisation, AI, and edge computing. This would help to deliver faster services to the consumer and enterprise customers. Microsoft has experience in microservices and consumerisation that will aid Affirmed Networks to innovate its 5G core product portfolio.