Industry 4.0: How are emerging digital technologies changing your business? - The EE
Skip to content 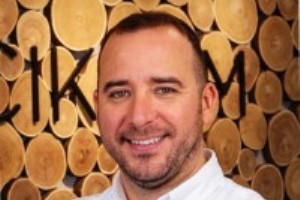 In the 20th century, the industrial revolution brought modern manufacturing to the world. In the years that followed, electricity and the assembly lines streamlined production, and a few decades later, automated machines began replacing humans on those assembly lines.

While the ’90s and early 2000s ushered in the internet age, the manufacturing industry remained relatively the same. However, with the devices of production themselves now connected to the web, a new era beckons. The fourth major jump in our industrial capabilities – being billed as Industry 4.0, where manufacturing devices connect to each other and the Internet when operating. This transformation will have pros and cons. Workplace safety, the speed of production and the consistency of product quality will all increase.

On the other hand, these machines will need less oversight, reducing the human workforce, technical issues (such as the network being down or a machine going out of commission) can cost companies hours of work, and the level of security necessary to operate an Industry 4.0 facility may currently lag. These concerns are a legitimate stumbling blocks for Industry 4.0 infrastructure, but it’s only a matter of time before these principals are adopted.

The consumer electronics industry may be the one most obviously impacted by Industry 4.0. Smart or automated electronics are quickly being introduced into consumer’s homes. Products like amazon echo are making home automation attainable for the average consumer, driving people to consider purchasing smart lights, door locks, security systems – even coffee makers!

The two countries pushing for Industry 4.0 standards on the manufacturing side are Germany and Japan, with the United States just beginning to take notice. Within the next few years, new manufacturing plants will begin integrating Industry 4.0 standards and devices. This means more IT jobs in these countries, and a deeper relationship between IT and production teams.

While the assembly line was introduced in America by Henry Ford, modern automotive innovation is closely associated with German cars, and reliability is linked Japanese cars. So, it’s no surprise that Germany and Japan are both leading the way in setting Industry 4.0 standards.

In a recent interview, Audi’s CIO, Mattias Ulbrich said, “Already, many companies use sensor technology to connect various controls inside and outside today’s cars to simplify user interfaces. Audi together with other firms are also experimenting with self-driving cars, utilising network connections, sensors, and radars to ensure a driver safety.

Audi is also using robotic assistance and augmented-reality technology during vehicle manufacture, with the data created driving supply chain improvements and creating new jobs. Automation and machines reduce the number of workers in auto-plants. Data from connected devices is so large there aren’t enough people available to interpret it.

This will create a need for data scientists and programmers able to modify production devices’ based on their outputs. Audi’s IT team is already deeply connected with all facets of the product’s life cycle to develop new products and production methodologies. The automotive industry should see an increase in production, decrease in cost, and an uptick in available jobs within the next few years.

Unlike the consumer electronics industry, the effects on aerospace and defence will largely be felt in production, and how the production team can coordinate with developers. Those innovative enough and able to properly integrate Industry 4.0 standards into their production environment will have a distinct advantage over those slower to adapt. More resilient, secure networks with increased data analytics will be vital. While consumers will be provided with a better digital experience thanks to these analytics, the production environment will see the major effect.

Until 3D print technology can deliver products on demand, shipping and logistics will be a vital part of every manufacturer producing physical goods. German corporation Bosch is attempting to lead the way by offering plug and play logistics solutions. Their goal is simple; use Industry 4.0 standards to create transparent monitoring of products by seamless delivery from manufacturers to retailers or customers.

The plug and play solutions will use smart sensor devices connected to the web and GPS satellites. These sensors will detect shipment weights, weather conditions, storage temperatures and any forces exerted on them. A manufacturer may find they can use 50% less padding, without compromising quality, reducing costs, Other sensors may find keeping the shipping container at a higher temperature increases the chance that all their products are intact on delivery, reducing the loss rate and increasing consumer confidence and satisfaction.

The author is Hugh Simpson, global solutions lead for data & analytics at Ciklum.