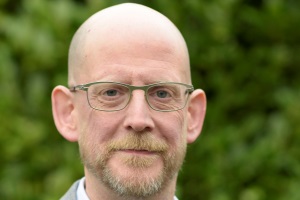 Most deployments of digital transformation (DX) technologies demonstrate a palpable lack of ambition, according to the results of a new study published by technology industry analyst firm, Transforma Insights.

As Matt Hatton, one of the firm’s founding partners reports, based on extensive analysis of enterprise deployments of Artificial Intelligence (AI), Internet of Things (IoT), Distributed Ledger, Additive Manufacturing and other disruptive technologies, current deployments are overwhelmingly focused on small incremental operational improvements rather than harnessing the truly transformational power of these technologies.

According to the report, ‘Digital Transformation Implementation Best Practice’, only 24% of projects are considered mission-critical, indicating that few organisations are prepared to trust their core business to what might still be seen as unproven technologies.

What’s more, the deployments to date are tightly focused on internal operational efficiency savings. Over 70% of projects are considered to have a significant impact on internal efficiency, but that figure drops below 30% in terms of having an impact on external capabilities, for instance on an organisation’s products and services. Barely 10% are potentially disruptive to the wider industry.

For some technologies the figures are even more stark, with IoT showing just 25% impact on external products and 5% impact on the wider market. The chart below illustrates the overwhelming dominance of process efficiency impact.

The research also looked at the complexity levels of the implementations, based on three criteria: ‘functional’ indicating how complex the project parameters are, ‘stakeholder’ gauging the complexity of the relationships between internal and external stakeholders, and ‘geographical’, related to how many countries were covered by the project deployment.

No single technology group had more than 20% of its deployments ranked as complex in more than one category (as illustrated below). The implication is that deployments can cope with one form of complexity but tend to be shelved if they face a second type.

It should be noted that even on this report card there were one or two bright spots. The most significant exception is Robotic Process Automation (RPA). Almost 70% of deployments were considered to be mission-critical. It’s also interesting to note that RPA stands out as being particularly slow to deploy, but relatively quick to pay back. The slow roll-outs are indicative of a mature technology where those companies deploying are doing so in a serious manner. This closely maps to the experiences that organisations have communicated to us about rolling out RPA. RPA projects also have the longest expected average lifetime, again demonstrating that these are serious long-term deployments rather than tinkering with new technologies.

What further stands out is the unrealised opportunity. Technology deployments are barely scratching the surface of what is going to be possible. Enterprises are cutting their teeth on the low hanging fruit (to mix a metaphor). Once they are familiar and comfortable with the technologies more transformational opportunities await.

Transforma Insights is a leading new technology industry analyst firm focusing on AI, IoT and other technologies under the Digital Transformation umbrella. For this study it embarked upon an extensive categorisation and analysis of real-world new technology developments, digging deep into each deployment to understand the motivations, parameters and results.