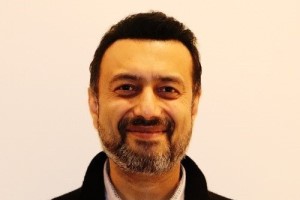 Yasser Khan of One Tech

Internet of Things (IoT) vendors often tout the plug-and-play nature of their devices: Just connect it to the network and it starts reporting back the required data, says Yasser Khan, CEO of One Tech, Inc.

However, to maximise their value, as well as that of the data gathered, devices need to be trained to not only perform the desired actions but also to spot anomalies and prevent issues before they occur.

Training of devices to ensure they are delivering the results an organisation needs is usually done in the cloud through artificial intelligence (AI) and machine learning (ML) processes. However, there are enough differences in attributes of a particular device in an organisation’s IoT implementation to make this impractical. For example, each device’s task is different, each physical environment is different, and so on.

Training in the cloud can be costly as well — the cellular network used by most companies for their IoT implementations charges for each byte of data. Those bytes add up, making it difficult to scale without incurring exorbitant costs.

Training at the network edge using an AI model is a second option; however, the challenge for IoT devices is that they are often small and resource-constrained, making this level of processing difficult. Solutions are needed that are small enough to work on a wide range of IoT devices, yet powerful enough to handle the volume and velocity of data being gathered, curated and actioned.

Let’s explore some of the benefits of training using an AI model that lives on the device, board, or gateway:

The value of training at the edge can best be shown through two examples:

Using AI to train at the network edge is a critical part of IoT implementations, especially as they scale. But the cloud always will have a role because of its sheer horsepower. However, processing all incoming data and storing the information gathered can quickly get expensive. The edge offers significant cost savings, security and performance benefits, making it a clear option for organisations as they scale.

The author is Yasser Khan, CEO of One Tech, Inc

He has more than 25 years of experience in launching smart technology solutions and new business models for mid- to enterprise-level organisations. He has implemented innovative technology ecosystems within multiple, global Fortune 100 organisations, including AT&T, Nutrien and Cricket Wireless. In 2016, Khan was nominated for ‘Entrepreneur of the Year’ by Ernst & Young LLP.