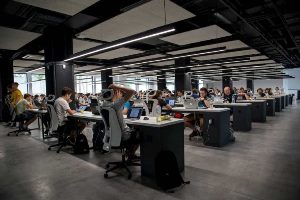 Data compiled by Finbold.com indicates that an average United States worker needs to work for about 126 hours to buy one S&P 500 index share. The number of hours represents the figure in 160 years.

The data acquired by Finbold.com shows that the previous all-time high was reached before 2000. During this period, the dotcom bubble emerged, hundreds of internet-related companies reaching all-time highs in share price.

Over the last 22 years, the lowest number of working hours was in the course of the 2009 financial crisis. Notably, for the American worker to buy an S&P 500 share, he or she needs an average of 30.9. This indicates that as of the early 1990s any average US workers must put in over 30.9 hours to get the shares. According to the report:

“One of the reasons related to this increase in the hours that workers need to access the S&P 500 could be related to the large QE and printing that have been promoted in the last 20 years in the United States and other countries.”

By using the real median weekly earnings for full-time workers compared to inflation, there is stagnation from 1970. As a result workers need to work much longer to acquire inflated services and goods.

The rest of story and statistics are available here: