Advice to digital transformers: Innovate or get out of the way - The EE
Skip to content 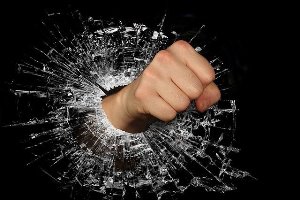 Making product development digital to innovate more is often part of digital transformation. But it is not easy to do; many companies will fail at it. Even companies strong in product management and engineering can struggle to create new prototypes and minimum viable products (MVPs) quickly, often because they don’t deliberately free developers to be creative and to fail at it.

So argues Steve Ruben, master developer, CTO for hire, and serial digital product creator. Here Ruben, known for building prototypes rapidly and scaling them into products, sits down with The Evolving Enterprise to describe his latest creations, discuss how companies may prevent themselves from innovating, and why getting out of the way is part of the solution.

The Insider: Steve, tell us about the first time you triggered that ‘a-ha’ moment with a client or manager because you tried something new and different?

Ruben: I worked with a company that was analysing mobile bills for large companies to optimise what they spent. The product did a lot of screen scraping with a tool that was slow, so I asked them to let me take a stab in code.

The previous version took 15 minutes to do a single bill, but I wrote a browser that needed no front end. It read the javascript and html, all in code, and resubmitted the page. We ran bills for [a large client] and it took AT&T’s website down. It ran so fast they thought we were hacking them.

Shortly after that I rewrote how we did all of our phone number look-ups. We took the process from 8 hours down to 30 seconds. When we ran the next set of bills, which would normally run all night, our head of product management kicked off the process and thought it broke because it ran so fast. So, with some freedom to try something different, we changed the business from overnight delivery to real time.

The Insider: We first met when you delivered, in about 20 days, an engine that ran a major holiday campaign for a Tier 1 US mobile operator. It was high volume, in the cloud, was business-critical and it never broke. How was that achieved?

Ruben: Well, even though we were a small vendor with a small team, we built our product and were intimate with it, if you will. We all knew our platform and there’s nothing more important than that. We could also knock things out in an hour that would take them three days.

We had a clear objective and everyone got out of the way because it was the new CEO’s project and it had to be done on time for the holiday. Sprint told us what their firm requirements were and it was just a short list of a few key features.

The one rabbit we pulled out of the hat was I happened to know enough to crank out a mobile app that could get the job done (for Sprint’s in-store staff). But what made it a success was working with someone from the client side. I had a skeleton of the app and we just grinded through the rest, but he had to break some rules to get it done right.

In the end, no one criticised him because he was key to making it work and hitting the big deadline. But no one who is doing the right thing for the company should ever feel threatened for trying to do their job. Teams should operate on trust and not have to be on a leash. In this case, the mobile app happened because the people who knew how to do it were allowed to just get it done.

The Insider: Have you ever felt threatened for being good at what you do?

Ruben: Yeah, I worked with a former programmer for the US Army who was my manager. I knew more than he did and the business started coming to me to solve problems. What happened was that this guy gunned for me every day. So, there are people who are afraid to innovate because they know their boss might take that as a threat.

The Insider: What do big companies rarely do but probably should to create the right setting or attitude for innovation?

Ruben: There’s basically two kinds of people in software. Some people learned to program as a profession and some learned as a passion. For the people who are passionate, they see things, their minds go nuts. But they may not be permitted to pursue it. In an enterprise you’re in a box, expected to perform on specific things with lots of checks if you want to try to change anything.

A better path might be to have an R&D development team that may have nothing to do with what anyone else in the company is doing, but they come up with things rapidly that are intriguing. There should be a pod of people who are inventing or teams should have a budget of time where they get the time to dream, to come up with something, or address things they hate and fix them.

When you do those things, you end up coming up with other ideas, things you never thought about before. It spawns all this stuff that doesn’t happen when people aren’t allowed to function that way. You can only be as creative as your company allows you to be.

The Insider: What did you create most recently?

This company uses an Android phone with an add-on FLIR camera to do temperature sensing for COVID-19. We worked with a COVID-19 testing group so that we can equip a stadium with these cameras. People will have to have taken a COVID test to be able to enter.

We automated the inbound message from the testing facility and integrated it into an app to show location, the person’s data and then either accept or reject someone based on whether they have a fever and have taken the test. It will also recognise your face, using Google facial recognition, and record multiple readings for the same face.

We busted this prototype out in nine days and the product is being rolled out to more than 25 large companies who want to adopt it right now.

The Insider: What makes people fail at creating this kind of thing?

Ruben: The biggest folly any company makes is shorting their people and not listening. If you have a great team and you don’t listen to them, you’re going to fail. I’m seeing it right now with a client: They’re so desperate to sell that they won’t let the team build the product right.

My father always said it’s not about planning, it’s about proper planning and spending the time in your planning to look at all the things you need to do. The idea that throwing more hands or money at a problem will make it go away is asinine.

Another mistake I see is when people think developers are commodities It doesn’t work that way. People aren’t interchangeable. In any technical process you can’t look at something at the surface. You have to learn it. If you bring new people in, they’re not effective for 30 to 60 days.

The Insider: If you were engaged tomorrow for a prototype build, what new tech would you want to work with and in what industry?

Ruben: I think medical is a place where a blockchain-esque solution works well. I say ‘esque’ because I don’t think the current paradigm has it right. I think the concepts that have come forward from blockchain are brilliant in so many ways, but they’ve been tainted by money. The core of it is a really brilliant technology, but it hasn’t evolved far enough. I don’t think there’s one blockchain that’s an answer for all things but rather lots of blockchains for different things. I think there’s a blockchain solution in medical that exists and once you uncover it there’s a gold mine sitting there.

Ed Finegold, author, analyst and start-up veteran is a freelance content creator for global scale technology companies and proud to contribute monthly to The Evolving Enterprise. He is a sometime purveyor of fine buzzwords, preferring to use them in context while supporting them with tangible examples.