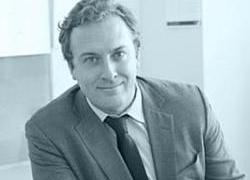 There are three broad stages to recovery from the kind of crisis we are experiencing now: survival, adaptation and recovery.

So says, the Economist Intelligence Unit whose latest Global Business Barometer, conducted by and supported by SAS, shows that as of late May executives believe we are still in the survival phase, although many have made adaptations to their operations, some of which may become permanent.

Teleconferencing platforms have arguably received the most attention as a tool for businesses to adapt to the changes brought on by COVID-19, but firms are also using other technologies and approaches. In terms of technologies, much of executives’ current focus is clearly on security and risk.

At the bottom of the list were a few technologies being hyped before the pandemic. 5G, the latest generation of cellular technology, was only deemed to be “much more important” by 5.8% of executives surveyed and 41.6% answered that it was “somewhat less important” to their firm’s recovery.

The rollout of 5G networks has been greeted with controversies linked to geopolitical concerns and, after the covid-19 outbreak, conspiracies linking it to the pandemic itself. One or both may have dimmed enthusiasm for the technology. Or, more likely, faster wireless connections are a nice-to-have at the moment given that current 4G networks have so far proven sufficient for keeping the lights on.

The barometer reading for the 3-month outlook for the global economy rose 11.5 points from -39.2 to -27.7, a marked improvement from the first GBB in April but indicative of a recovery that could remain a long way off. Sentiment in Europe increased the most (from -40.4 to -27.3), followed closely by the Asia-Pacific and North America. Sentiment about the global economy among executives in the Middle East and Africa region, while still up, increased by only 6.6 points, the least among the five regions covered by the barometer.

The biggest single swing in the barometer from April to May came in China, where the 3-month outlook for the economy fell by 21.9 points. At the time of the first GBB in April, China looked to be over the worst of covid-19 (or at least the worst of the first wave). That has clearly since changed, with the mood souring considerably on widespread downgrades to China forecasts and the Chinese government abandoning its annual GDP target for the first time in decades.

There was an uptick in the percentage of GBB survey respondents answering that the global economic recovery will take “3 to 5 years.” In April, the figure stood at 30.8%. In May it was at 37.2%. All other options more or less held steady.