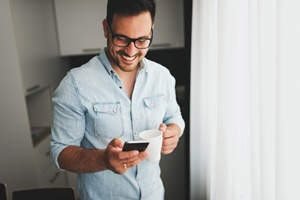 The world’s first 5G eSIM service has been launched today by European-based mobile virtual network operator (MVNO), eSIM.net Group Ltd. The online eSIM store’s flagship product, the Pay As You Go eSIM plan, can now operate over a 5G network in nine countries throughout the world, with more destinations being added on a weekly basis.

eSIM.net’s Pay As You Go plan is downloaded over the internet and helps its user connect to affordable mobile services in nearly every country worldwide. The 5G eSIM service currently works in Finland, Germany, Hong Kong, Monaco, Saudi Arabia, South Korea, Switzerland, Taiwan and the United Arab Emirates. Elsewhere, the Pay As You Go plan utilises 4G or 3G technology to connect its user to data and voice services.

5G is being rolled out rapidly around the world. Current 4G speeds average 20-30Mbps, while 5G promises up to 130-240Mbps and is set to get faster as the network improves.

“It’s exciting to be at the forefront of eSIM and 5G technology,” says James Ashby, eSIM.net‘s product manager. “And being able to offer the fastest eSIM data service is a great place to be. The fact that our Pay As You Go product also includes a telephone number for voice and SMS is just another added bonus for our customers.”

eSIM.net released their Pay As You Go eSIM service in early 2020, which was Europe’s first to come powered with full mobile services and work on a Pay As You Go basis. The plan is purchased online with an initial $10 of credit and can then be topped up using eSIM.net’s website or app, which is available in the Apple and Google Play stores.

“As new 5G destinations open up, we’ll be the first to pass along this opportunity to our customers,” Ashby continues. “It’ll be an interesting year ahead as 5G develops and we see more individuals using this technology in their daily lives. 5G routers are already being used in homes to speed-up broadband connections and there’s sure to be a huge rise in the availability of 5G handsets in the next year.”

The 5G eSIM service is only compatible with 5G-supported devices that also support eSIM, including selected Samsung S20, Fold and Flip models, and some Huawei P40 devices.