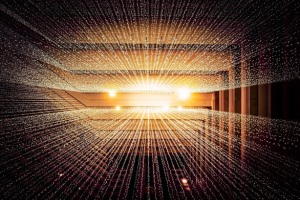 The implementation of IPv6 is the next step in the evolution of the internet, says London-based Heficed whichprovides full-range services for IP lease, monetisation, and management services. However, the company believes it will still be a long road ahead before it is fully adopted, and the pace at which the market is developing dictates the need for leveraging other solutions.

IPv6 has been preached as the ultimate solution for solving the IPv4 address shortage to enable further expansion of the internet. While it is undoubtedly the next stage in the evolution of the network, says Vincentas Grinius, CEO at Heficed, the full implementation of the protocol version 6 is still more of a distant mirage, than a close reality, needing investment and meticulous planning to be a fully functioning solution.

In 2013, the guessed date for IPv6 to be fully integrated was May 10th, 2148; currently, the world is at around 30 percent. Keeping in mind that version 6 is live from 1996, give or take, the earlier prediction may not be too far off. Expensive network infrastructure, lack of benefits for early trendsetters, and end-user tech incompatibility play a significant part in the developmental delay.

Being able to support IPv6 requires extensive bare-metal and other infrastructure resources – not all internet service providers (ISPs) and telcos are financially capable to make the investment. Hence, the development pace relies mostly on major market players. However, without the small to medium sized enterprises (SMEs) in the equation, the industry is at a loss of a substantial part of organisations that could help speed up the IPv6 implementation process.

“Setting up an entirely new infrastructure requires a big-budget investment, which, given the impact COVID-19 had for many companies, may seem even more sky-high – this contributes to the process slow down,” says Grinius. “Moreover, most of the legacy applications are not designed to run on IPv6, and updating them to be IPv6-compliant would drive up the costs all the more.”

Limited funds hinder the transition process, but the ones that cannot afford the switch still need market-ready solutions to continue scaling. The problem can be addressed with IP address leasing, as it enables leasing out unused IPv4s, providing a more timely solution and facilitating the transition to the next phase.

No direct benefit for early adopters

Transition to the new protocol comes in two phases: first, the adoption of dual-stack services, where both Internet protocols are used simultaneously, and second – full IPv6 transition. However, until most of the market has adapted to the dual-stack environment, moving to IPv6 only is impossible. This technology has been operating for around two decades now, and many early adopters are still waiting for other market players to join, who are less motivated since the priors already offer IPv4 compatibility and take care of the upkeep costs.

“If the company has enough resources to make the transition and is capable to maintain its network stability, implementing dual stacking of both protocols to support gradual migration is great for further development,” adds Vincentas Grinius. “However, if it has enough IPv4s at the moment – there really is no pressing need to adopt IPv6, other than a business-driven incentive to compete in terms of technological advancement.”

The majority of end-user devices are compatible only with the IPv4, which covers approximately 70 percent of the Net, hence the needlessness to make the switch. The shift to IPv6-compatible tech is going to take some time, as well as investment; therefore, there are not many volunteers, willing to be in the frontlines of the transition.

“Without a doubt, IPv6’s maturity is increasing, but there’s still a long road ahead before it is as fully accessible as it needs to be, in order to facilitate the Network’s further expansion,” Grinius explains. “It could be years till the majority of tech runs only with version 6, and even then, most of the hardware will need to have backlink compatibility, as there will be older phones, laptops, or other devices that need IPv4 to connect.”

“Although the goal is clear – it will take us a while to reach it,” Grinius concludes. “Until then, businesses need to consider other options to maintain the stability of their owned infrastructure.”