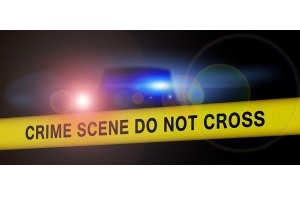 PoliceBox, the mobile working platform designed to enable police officers to complete their tasks from within one app, today published a whitepaper. It investigates the role that interoperability and application program interfaces (APIs) must play in police information and communications technology (ICT) to enable police forces to meet their strategic aims.

The whitepaper, entitled “The role of interoperability and APIs in achieving policing strategic aims”, makes the case for APIs to be present in all police ICT.

Police Vision 2025 and the National Digital Policing Strategy 2020-2030 set out a bold ambition for the future of policing in the UK. But getting there requires a new level of agility, flexibility, and cost-effectiveness that cannot be achieved with current ICT systems, which are largely inflexible, costly to maintain and operate in rigid silos.

The new whitepaper makes the case for insisting that interoperability via APIs should become standard in all police ICT systems going forward and lists the steps that are necessary to get there, which include:

Simon Hall, CEO of PoliceBox says, “Officers want solutions which enable them to spend more time out of police stations, protecting the community and increasing their visibility. But the lack of effective interoperability between police systems prevents this vision from becoming reality, while wasting taxpayers’ money and reducing the effectiveness of policing. Ultimately, any new solution should not be considered as fit for purpose if it does not have a suitable API.”

“Without an API, any new software product will likely create another data silo, have limited utility and high costs of integration. This approach will simply store up even more costs and risks further down the line when other applications need to interoperate with it in the future,” he adds.

Chris Eccles, CTO of PoliceBox and author of the whitepaper comments, “UK police forces are currently stuck between a rock and a hard place. They have large investments in legacy systems and complex software integrations, yet they need to adapt to rapidly changing requirements, with limited human and financial resources.

“There is an ambition among officers and management alike for Police ICT to be as flexible and responsive as consumer IT, where adding apps to our smart phones only takes a few clicks,” Eccles continues. “APIs and integration platforms offer the fastest and simplest way for policing to obtain that same quality of experience where new services can be securely deployed and integrated with existing legacy systems within a matter of days.”

PoliceBox is a founding member of the techUK working group for interoperability in policing: InterOp-Pol

Further to PoliceBox’s ambitions to improve interoperability in policing, Simon Hall, PoliceBox CEO, is a founding member of the InterOp-Pol: techUK working group for interoperability in policing which announced the appointments of its new chair & vice-chair this week. Neil Beet of Amazon Web Services was announced as chair and Robert Leach of R Leach Consulting was appointed vice-chair.

Commenting on their appointments, they jointly state, “Information is described in the National Police Digital Strategy as “the lifeblood of Policing” – yet the ability to exchange information seamlessly between police & partner organisations, and different platforms and applications, is still not happening effectively enough. This is hampered by the many different IT systems’ current inability to interoperate.”

Concluding, Simon Hall says, “Taking the right steps now will set us on the path to a future world where procuring new systems in policing is closer to the experience we already have when adding apps to our smart phones, with enterprise performance levels and agility that we can only dream of today.”