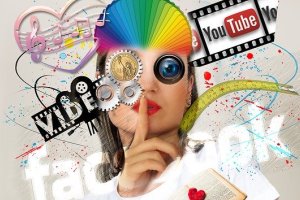 Turkish president, Recep Tayyip Erdogan is pressing ahead with plans to control social media platforms or shut them down entirely. The far-right Nationalist Movement Party (MHP) proposed to ban access to virtual private network (VPN) apps used to circumvent banned sites as part of Ankara’s measures to control social media use. The bill is to be put to the vote as early as this week.

Laura Tyrell, head of public relations at NordVPN says, “Whenever a government announces an increase in surveillance, internet restrictions, or other types of constraints, people turn to privacy tools like VPN. NordVPN registered spikes of inquiries going up to 120 times in different regions. For example, this happened when China imposed a new security law on Hong Kong, the US repealed net neutrality, or the UK passed the law dubbed ‘The Snoopers’ Charter’. If the law is imposed, the same is expected to happen in Turkey.”

Similarly, interest in VPN services in Turkey has grown three times within the last five years. All the instances coincided with bans on social media or restrictions on free access to information.

In October of 2016, interest in VPN services grew in the aftermath of Facebook, Twitter, YouTube, and WhatsApp being shut down. The action aimed to prevent protests after a failed coup. A couple of months later, direct access to the anonymous browsing network Tor was blocked as part of a wider effort to stop people from circumventing internet censorship. Finally, in February of this year, following an attack on Turkish troops in Idlib, Syria, access to social media was restricted again.

The repeated attempts to limit net neutrality made Turkey score 37 out of 100 on its freedom of the net index in 2019. According to the Freedom House, an American organisation devoted to the support and defence of democracy around the world, “Online content was frequently blocked, including news articles, and authorities continued to investigate or arrest users. Worryingly, regulations requiring online content providers to secure broadcasting licenses came into force after the coverage period, possibly leading to increased censorship and content regulation of local streaming and news websites.”

Deliberate internet shutdowns in 2019 cost the global economy more than US$8 billion (€6 billion). As EIR states, during 2019, travel and tourism generated nearly 11.3% of the Turkish economy.

“If social media companies do not abide by the government’s requests, tourists will be left without access to services they are used to. This alone might make them reconsider their plans of visiting the country,” says Laura Tyrell.

Follows the lead of China

Turkey follows China’s lead, say NordVPN, in censoring the internet. In June of 2020, China took a step forward by introducing a new security law. It states that anyone who conspires with foreigners to provoke “hatred” for the Chinese government or the authorities in Hong Kong will have committed a criminal offence.

“Internet freedom is as important as freedom of speech. Apart from harming the economy, deliberate internet restrictions threaten the idea of democracy itself. Activists and journalists, the Fourth Estate, are put at risk and are unable to exercise their implicit abilities to safeguard the right to be informed,” adds Laura Tyrell.

NordVPN is a VPN service provider that claims to be more security-oriented than most VPN services, as it offers double VPN encryption, malware blocking & Onion Over VPN.