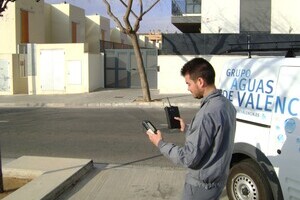 According to financial research firm PitchBook, the total global Internet of Things (IoT) connectivity market saw US$83 billion (€69 billion) in spending in 2019, and it will grow in line with the overall IoT market at a 15% CAGR (compound annual growth rate) to $126 billion (€105 billion) in 2022.

Incumbent IoT connectivity system vendors like Semtech, Huawei, Cisco, Ericsson and Qualcomm are being challenged in the market by the likes of Sigfox, Celeno, Genu, Siklu, Cohere, Helium and Blue Danube, said PitchBook

The Category M1 (Cat M1) and Narrowband-Internet of Things (NB-IoT) commercial connectivity standards are expected to eventually take a big chunk of the IoT connectivity market, although there are big differences between the two technologies.

Cat M1 (also known as LTE-M) is a low-power wide area network (LPWAN) cellular technology that is built specifically for IoT projects. Like most LPWAN networks, Cat M1 functions at its best when transferring low to medium amounts of data at a long range.

NB-IoT is also a LPWAN system developed to enable a wide range of new IoT devices and services, with Huawei being a leading proponent of the technology. NB-IoT significantly improves the power consumption, system capacity and spectrum efficiency of IoT sensors.

One research firm predicts that LPWAN technologies will account for more than half of all wireless IoT connections by 2024.

Both Cat M1 and NB-IoT were given the green light by standards bodies in 2017, with Cat M1 initially being targeted at the North America market and NB-IoT first unleashed into European and other territories. Both are designed to be deployed where there are no generally available Ethernet, Wi-Fi or broadband connections, relying instead on lower-cost cellular connectivity to work.

NB-IoT supports ultra-low cost and non-complex devices with very narrow bandwidth at 200 kHz. Because of this narrow bandwidth, the data rate peaks at around 250 kilobits per second (Kbps). Although its features are not designed to support mobile transport applications, NB-IoT does support ubiquitous coverage and connectivity in buildings through large numbers of modules costing as little as $5 (€4)each.

Cat-M1 operates at 1.4 MHz bandwidth supporting higher device complexity and at a greater cost than NB-IoT. With the wider bandwidth, Cat-M1 can achieve lower latency, greater data rates of up to 1 megabit per second and with more accurate device positioning capabilities.

In addition, LPWANs can provide an inexpensive way to track people, animals and assets when continuous tracking isn’t necessary over long distances. Smart farming can also use the technology to monitor the temperature and humidity of soil, for example.

When NB-IoT was fully ratified in 2017, Vodafone said it was committed to rolling it out as a commercial solution for its customers across its global network.

Aguas de Valencia is a multinational water provider and manages over 600,000 automated meter reading devices, which previously used a proprietary technology that required it to install and maintain its own infrastructure.

It wanted to migrate to a new communications technology that enabled it to remotely monitor meters without running its own infrastructure. NB-IoT was its ideal candidate and it worked with Vodafone to deploy the technology.

Victor Gonzalez, director of meters and remote reading at Aguas de Valencia, says, “The most important aspect of the trial was to identify locations where it’s harder for a signal to reach, such as meter rooms in basements with little or no coverage.

“The results have been very promising as the signal has been able to reach its destination without any issues in all of the locations tested. We’ll be able to outsource communications to a telecoms carrier that guarantees data quality and security,” Gonzalez adds.

In February this year, O2 in the UK announced the first 50 live sites on its new 4G-based LTE-M/Cat-M1 service that is designed to connect IoT devices. The mobile operator claimed it was the first such deployment in the UK, although Three UK was already conducting a pilot before that.

O2 says it planned to complete a national roll-out of the technology by the end of this year. Paul O’ Sullivan, O2 director of wholesale and commercial, comments, “Introducing a nationwide LTE-M network will help unlock low-power use cases we haven’t seen before, from asset-tracking and public sector applications like sensors on signage and traffic lights, right through to parking sensors and soil monitoring. We’re looking forward to partnering with businesses to bring these use cases to life.”

The Three UK trial started in 2019 at the Integrated Transport Electricity Gas Research Laboratory (InTEGReL) in Gateshead, UK, which is a collaboration between Northern Gas Networks, Newcastle University, Northern Powergrid, Northumbrian Water and Siemens. The pilot uses both LTE-M/Cat-M1 and NB-IoT.

Overall however, the global services market from LPWAN deployments is currently relatively modest, as telcos and other communications service providers continue to scale up their infrastructure capacity.

It argues that decreasing costs of these connections, including Cat-M1 and NB-IoT, will attract new IoT network users who require low-cost solutions.

However, the research found that networks using unlicensed spectrum, such as Sigfox and LoRa, will provide “stern competition” to cellular low-power IoT technologies. The low investment cost of unlicensed spectrum networks, enabled by cost-effective network devices, will drive adoption to exceed 160 million connections in this field by 2024.

Juniper has identified smart cities as a sector “primed for disruption” by low-power IoT technologies generally.

“The concept of a smart city has been hindered by the substantial investment required and lack of clarity on securing a return on this investment”, says Juniper lead analyst, Sam Barker, “These low cost IoT technologies enable stakeholders to secure this return on investment earlier and take full advantage of the smart city proposition.”

A combination of the cloud and the emerging edge market supported by the growing Internet of Things will help deliver ubiquitous connectivity to businesses and consumers, and Cat M1 and NB-IoT will undoubtedly play their part.