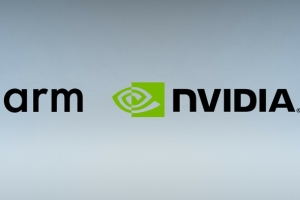 NVIDIA and SoftBank Group Corp. (SBG) have reached an agreement under which NVIDIA will acquire Arm Ltd from SBG and the SoftBank Vision Fund (together, SoftBank) in a transaction valued at $40 billion (€33 billion). The transaction does not include Arm’s IoT Services Group.

Overall, the news has been met with a cautious, even concerned, reception, reports Jeremy Cowan.

SoftBank will remain committed to Arm’s long-term success through its new ownership stake in NVIDIA, expected to be under 10%.

“AI is the most powerful technology force of our time and has launched a new wave of computing,” says Jensen Huang, founder and CEO of NVIDIA. “In the years ahead, trillions of computers running AI will create a new internet-of-things that is thousands of times larger than today’s internet-of-people. Our combination will create a company fabulously positioned for the age of AI.

“Simon Segars and his team at Arm have built an extraordinary company that is contributing to nearly every technology market in the world. Uniting NVIDIA’s AI computing capabilities with the vast ecosystem of Arm’s CPU, we can advance computing from the cloud, smartphones, PCs, self-driving cars and robotics, to edge IoT (Internet of Things) , and expand AI computing to every corner of the globe.

“This combination has tremendous benefits for both companies, our customers, and the industry. For Arm’s ecosystem, the combination will turbocharge Arm’s R&D capacity and expand its IP portfolio with NVIDIA’s GPU and AI technology,” Huang continues. “Arm will remain headquartered in Cambridge.

We will expand on this great site and build a world-class AI research facility, supporting developments in healthcare, life sciences, robotics, self-driving cars and other fields. And, to attract researchers and scientists from the U.K. and around the world to conduct ground-breaking work, NVIDIA will build a state-of-the-art AI supercomputer, powered by Arm CPUs. Arm Cambridge will be a world-class technology centre.”

“NVIDIA is the perfect partner for Arm,” says Masayoshi Son, chairman and CEO of SBG. “Since acquiring Arm, we have honoured our commitments and invested heavily in people, technology and R&D (research & development), thereby expanding the business into new areas with high growth potential. Joining forces with a world specialist in technology innovation creates new and exciting opportunities for Arm.

This is a compelling combination that projects Arm, Cambridge and the U.K. to the forefront of some of the most exciting technological innovations of our time and is why SoftBank is excited to invest in Arm’s long-term success as a major shareholder in NVIDIA. We look forward to supporting the continued success of the combined business.”

“Arm and NVIDIA share a vision and passion that ubiquitous, energy-efficient computing will help address the world’s pressing issues from climate change to healthcare, from agriculture to education,” according to Simon Segars, CEO of Arm. “Delivering on this vision requires new approaches to hardware and software and a long-term commitment to research and development. By bringing together the technical strengths of our two companies we can accelerate our progress and create new solutions that will enable a global ecosystem of innovators. My management team and I are excited to be joining NVIDIA so we can write this next chapter together.”

Not everyone’s happy with the deal

Commenting on the news, analyst Geoff Blaber, VP research, Americas at CCS Insight, says: “An acquisition by Nvidia would be detrimental to Arm and its ecosystem. Independence is critical to the ongoing success of Arm and once that is compromised, its value will start to erode. It would accelerate the growth of RISC-V as an open-source alternative. This will rightly face huge opposition, most notably from Arm licensees who have collectively shipped an average of 22 billion chips annually over the last three years. A huge diversity of businesses from Apple to Qualcomm are dependent on Arm and will be motivated to unite in opposition.”

“Nvidia has a mountain to climb in securing regulatory clearance. This process will take months if not years with a high chance of failure,” Blaber adds. “This process would be damaging to all parties and the uncertainty alone would hurt Arm regardless of the outcome. On the face of it an acquisition of Arm would strengthen Nvidia’s position in silicon for data centres, the industrial Internet of Things, and especially smaller client devices. It would give it a high degree of control and scope for customisation. But this is highly theoretical. Arm is a licensing business and offers little real synergy despite the extraordinarily high price tag.”

Another analyst with long experience in this sector, Matt Hatton, the founding partner of Transforma Insights is similarly cautious. Speaking exclusively to The Evolving Enterprise he says: “The key word here is ‘uncertainty’. From a purely technological standpoint, both companies have very valuable assets and capabilities focused on AI, a market where semiconductor manufacturers are able to innovate and differentiate to a degree not seen for a long time. But AI is inherently an uncertain business.

“The IoT part of ARM also faces an uncertain future having been separately spun out as part of the deal. Could we perhaps see a return of the former management? The elephant in the room, however, is the fact that plenty of NVIDIA’s competitors are also clients of Arm, which is also likely to create substantial problems,” Hatton adds.

NVIDIA’s commitment to Arm and the UK

As part of NVIDIA, the US company says Arm will continue to operate its open-licensing model while maintaining the global customer neutrality that has been foundational to its success, with 180 billion chips shipped to-date by its licensees. Arm partners, says NVIDIA, will also benefit from both companies’ offerings, including NVIDIA’s numerous innovations.

SoftBank and Arm report that they are fully committed to satisfying the undertakings made by SoftBank when it acquired Arm in 2016, which are scheduled to complete in September 2021. Following the closing of the transaction, NVIDIA intends to retain the name and strong brand identity of Arm and expand its base in Cambridge, U.K. Arm’s intellectual property will remain registered in the U.K.

NVIDIA will build on Arm’s R&D presence in the U.K., establishing a new global centre of excellence in AI research at Arm’s Cambridge campus. NVIDIA will invest in a state-of-the-art, Arm-powered AI supercomputer, training facilities for developers and a start-up incubator, which will attract world-class research talent and create a platform for innovation and industry partnerships in fields such as healthcare, robotics and self-driving cars.

Under the terms of the deal, which has been approved by the boards of directors of NVIDIA, SBG and Arm, NVIDIA will pay to SoftBank a total of $21.5 billion (€18.1 billion) in NVIDIA common stock and $12 billion (€10 billion) in cash, which includes $2 billion (€1 billion) payable at signing. The number of NVIDIA shares to be issued at closing is 44.3 million, determined using the average closing price of NVIDIA common stock for the last 30 trading days. Additionally, SoftBank may receive up to $5 billion (4 billion) in cash or common stock under an earn-out construct, subject to satisfaction of specific financial performance targets by Arm. NVIDIA intends to finance the cash portion of the transaction with balance sheet cash.

The proposed transaction is subject to customary closing conditions, including the receipt of regulatory approvals for the U.K., China, the European Union and the United States. Completion of the transaction is expected to take place in approximately 18 months.