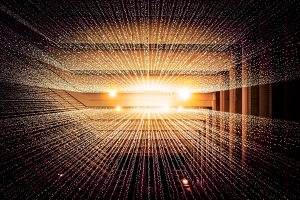 The travel time it takes to get engineers on site (42%) and a lack of in house skillset (42%) are the two big challenges organisations face in resolving a network outage quickly. This is according to a recent study commissioned by Opengear, a Digi International company.

In addition, more than a quarter of respondents (26%) said their organisation’s big priority when a network outage strikes is to get engineers out on site as fast as possible. However, reduced onsite workforces and a greater reliance on working from home has proven difficult to overcome. Other priorities included informing customers (20%) and putting in place measures to prevent it happening again (17%).

While many companies already employ an out-of-band (OOB) management network to ensure remote access to their IT infrastructure, the current challenges of getting to engineers to site is driving a change in how that OOB network is utilised.

‘Measuring the True Cost of Network Outages’, Opengear’s in-depth research study of 500 global senior IT decision makers discovered that in responding to this challenge more than half of companies (57%) have turned to a network automation approach across their network, with over a fifth of organisations (22%) currently describing their network resilience at the edge as adequate or poor.

“In today’s current climate it is proving difficult for organisations to get engineers onsite, especially at edge/branch sites to resolve network outages.” said Steve Cummins, vice president of marketing at Opengear, Add to this the time spent travelling coupled with the loss in business during an outage, it’s no surprise that many organisations are adding NetOps capabilities to their Out-of-Band networks, expanding their ability to manage & repair network outages deployed at those remote locations.”

Concerningly, despite the reputation and monetary damage of a network outage, more than half (59%) of organisations surveyed have not implemented a preventative maintenance programme to minimise downtime. In fact, fewer than one in six (17%) say their organisation’s biggest priority in the event of a network outage is to put in place preventative actions to stop it happening again.