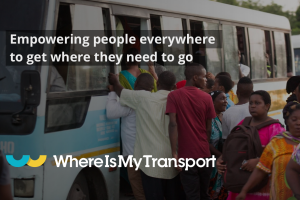 WhereIsMyTransport plans to be the company to collect a complete set of vital data on formal and informal public transport in the Majority World’s 30 large cities.

Digitalising these networks for the first time, the company will complete the mapping by the end of 2023, and will manage and maintain all data sets, keeping them up to date as these cities expand.

“We have been working towards this since we began collecting public transport data in emerging markets in 2015. Today, nobody is better positioned than WhereIsMyTransport to take on a data collection programme at this scale. The production and maintenance of this mobility data is a fundamental first step towards transforming the public transport experience for hundreds of millions of people, and with it the social, cultural and economic landscape of these cities,” says Devin de Vries, CEO.

Most recently, WhereIsMyTransport mapped – and now maintains datasets for – the public transport networks in Mexico City, Dhaka, and the province of Gauteng in South Africa. These metro areas have a combined population of more than 55 million. The company will collect public transport data in the remaining 27 cities, of which 19 are megacities (populations greater than 10 million).

WhereIsMyTransport has developed the world’s foremost data collection methodology for formal and informal public transport networks in emerging markets and has more mobility data in these markets than any other organisation: 40 cities in 27 countries on 4 continents.

Informal public transport moves up to 80% of the population in these cities. Made up of thousands of routes and tens of thousands of vehicles owned and run by independent operators, these networks are effectively unmapped and offline. Little or no operational information is publicly available, and nothing much in the way of support or services to help commuters improve their daily journeys, which can stretch to five hours or more.

The company says that a task this size requires cutting-edge technology, a crack team of experienced specialists, and on-the-ground expertise. CEO Devin de Vries comments, “We recruit large local teams, train them to use our proprietary suite of tools, and work alongside them to collect data on the public transport networks that they know better than anybody. This collaborative method means we uncover every nuance in these unique, home-grown transport systems.”

Teams of data collectors on the ground capture data on thousands of routes, and meticulously map entrances, exits, stairs, gates, platforms and more at stations and interchanges. Only with this data can cities and citizens begin to transform the public transport experience for billions of people.

De Vries notes that the effort doesn’t stop with first-of-a-kind mapping. “We manage and maintain our data, updating it weekly, and integrating it with consumer products and planning tools that support a better public transport experience for everyone, everywhere.”

The result is unmatched mapping quality, and the first time that any of these 30 cities will have complete data that meets global standards for public transport information.

Started in South Africa, and now headquartered in London, WhereIsMyTransport is a technology company that has become the de facto source of mobility data for the world’s large low- and middle-income cities. The company has developed the foremost data collection playbook for mapping formal and informal public transport networks in emerging markets, and has collected data on more than 1,000,000 km of informal routes in Africa, South Asia, Southeast Asia, and Latin America.