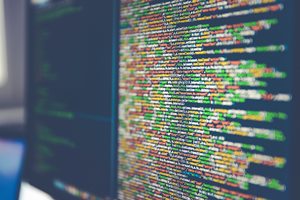 An IP address is one of the most important cornerstones in the internet’s infrastructure, hence knowing key details about IP holders can aid in identifying unusual or malicious activity, mitigating data breaches, and increasing overall network security.

Knowing key details about IP holders is very important in the digital world in terms of data transparency. According to IPXO, these details directly correspond with the capability to keep abuse attempts at bay, identify network abnormalities and reiterate pre-emptive measures set in place to protect data.

Each IP address is linked with identifiable information that is automatically received by other devices also linked to the internet. The amount of accessible information depends on how they are connected to the internet — wireless, hotspot, broadband, or via other connection types. The data on IP holders can be looked up in one of the WHOIS public directories that respond to IP search queries and retrieve relevant records.

However, for a few years now internet regulators have been pushing to enforce stricter privacy rules and restrict public access to WHOIS sites’ records. Vincentas Grinius, CEO at IPXO, notes that the internet infrastructure market players should retain in-depth access to such databases as they are the first in line to detect network abnormalities and react to potentially alarming threats. Therefore, having access only toredacted information could pave the way for serious crimes.

“Organisations in this line of work should not be subject to such barriers, as they hold up safeguards against possible networks break-ins,” says Grinius. “Adding additional steps or cutting off access to the data hinders the capacity to efficiently identify threats, report fraud, or any other malicious activities, leaving companies’ hands tied up.”

Considering their importance in the context of preserving data transparency, WHOIS databases remain a high priority target for hackers. Scammers set up malicious domains resembling major brands — an event also referred to as “cybersquatting” — to later carry out phishing, malware distribution, or other cyber scams.

Examples as such reinforce the notion that companies operating in the internet marketplace should have more in-depth data access related IPs, as this could play a crucial part in keeping the number of similar cases under control as the perpetrators would have less of a chance to remain hidden.

“To put it in simple terms, an IP address is a key element in the Internet’s ecosystem. The more transparently it is managed, the more likely it is that fraudulent attempts will be kept to a bare minimum,” Grinius explains. “Having access to the right information could be compared to having a litmus paper, as it helps to indicate the quality of IP resources or alert companies of its bad reputation to prevent falling victim to fraud.”