The generation game – Millennials, Baby boomers and the remote working reality - The EE
Skip to content 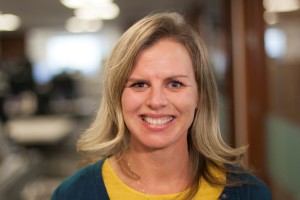 While every nation is at a different stage on the pandemic curve, most have one thing in common: organisations of all sizes, especially enterprises, have promoted working from home as a preferred option for staff with suitable roles. Jenny Gruening, head of EMEA Marketing at Smartsheet reports.

In fact, several high-profile organisations including Facebook, Barclays Bank and French carmaker Groupe PSA have stated that they intend to make home-working a permanent option for a larger portion of their workforce.

With this new remote working situation came the assumption that Millennials, as the most tech-savvy generation, were going to be able to adapt better. However, a survey conducted by collaboration specialist Smartsheet revealed the reality is slightly more nuanced as younger staff struggle with the change.

One of the key findings from the survey was that most workers, especially the younger generation, are struggling to be productive and communicate following the transition to remote work.

Even as the use of video communication has surged, 52% of UK respondents feel the amount of time spent on video calls makes it hard to get their work done, including 64% of Generation Z and 61% of Millennials.

Older staff with more time-served within the workforce may also have more previous experience of remote working to ease the transition. A 2018 survey, “The State of Telecommuting in the U.S. Employee Workforce,” found that half of ‘telecommuters’ or remote workers are 45 or older with overall higher education than non-telecommuters.

The last issue, which impacts all workers, is the speed of the transition without the lack of a structured plan to deal with massive corporate culture change. In the UK for example, the workforce went from around five percent that home-worked prior to the pandemic to a staggering 46% in the span of just one month.

However, enterprises across the world are adapting. Many are thinking beyond which tools they need to keep staff “connected” and more on platforms that can provide real-time visibility into project roadblocks and milestones. For example, enterprises are turning to collaborative work management platforms to use features like automated project status updates to help remote workers stay focused. These can include scheduled reminders to be sent to one or multiple collaborators on a certain day and time, or once certain criteria have been met to ensure a project stays on track.

What is particularly interesting is how quickly employees are adapting to home working, and in many cases embracing the change. A recent report by academics in the UK found that more than 40% said they were able to get as much work done while working from home, added to a further 30% that they got more work done working from home compared to six months earlier, when most were working in an office. The study also found that 90% would like to continue working from home in some capacity, with almost half (46%) wanting to work at home often or all the time.

At least in the near term, home working is here to stay and may even become commonplace. Organisations that can adapt across technology enablement and corporate culture will survive, while those that truly embrace it as an engine for change may thrive. This is echoed by a recent survey by Eden McCallum, that found 43% of Europeans said the switch to remote working had positively impacted productivity, compared to just 29% saying the opposite – suggesting that remote working offers an opportunity, not a compromise.

The author is Jenny Gruening, head of EMEA Marketing at Smartsheet.