With Huawei under the microscope, why drones may follow in telecom’s footsteps - The EE
Skip to content 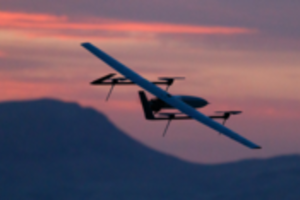 The drone industry has reached a tipping point. While China took an early lead in developing, manufacturing and distributing drones, increasing security concerns are forcing the industry to reflect on it’s current path.

It’s a conversation that the world’s governments and leading enterprises are paying close attention. And, says Kevin Sartori, co-founder of Auterion and director of the board  at the Dronecode Foundation it’s a conversation not without precedent.

Over the years, China’s DJI has become the world’s largest maker of consumer and commercial drones, seemingly offering something for everyone, from drone hobbyists to government contractors. However, a reexamination is happening in the direction of the global drone market and of DJI, not unlike what’s occurring with sizable Chinese technology companies in other sectors.

In the United States, Congress introduced the American Drone Security Act of 2019 that bans federal departments and agencies from purchasing commercial off-the-shelf unmanned aircraft systems manufactured or assembled in countries linked to national security concerns – namely, China. With DJI controlling 75-80% of the drone market worldwide, that opens the door to a multi-billion dollar market opportunity for drone companies operating outside of those named countries.

This story may sound familiar to those who have kept an eye on Chinese communications giant Huawei. Recently, the UK banned the use of Huawei equipment from its 5G networks. The government is giving mobile providers until 2027 to remove all existing Huawei equipment from their 5G networks while also encouraging operators to transition away from using Huawei’s broadband kit over the next two years. This ban followed sanctions imposed by the US in May of this year, citing that Huawei posed a national security threat.

Following the country’s sanction of Huawei, researchers in the US recently found DJI has been collecting personal information via an app on Google’s Android operating system, which The New York Times reported could be exploited by the Beijing government.

This security vulnerability will potentially contribute to the US’ decision to impose additional bans on the use of DJI’s drones beyond existing sanctions. Yet despite the UK’s proactive decision to ban Chinese equipment from their telecom networks, they haven’t taken similar steps for DJI.

One reason may be that the question of drone security is not as evolved as that of secure telecommunications networks. But as we’ve seen with IoT, the smallest devices can be targets for malicious attacks and dangerous data harvesting.

Modern commercial drones are increasingly software-defined, making the security of these cyber-physical systems a key priority, especially as their cargo becomes more precious, whether it be proprietary data, critical medical supplies or human passengers, not to mention surveillance. These increasing security concerns are making governments question who and what they can trust with their most sensitive drone needs.

If not DJI, then who?

If the UK and Europe decide to follow the US’ lead and ban the use of Chinese-made drones for government use, what other options do they have? It’s been nearly impossible for any single company to compete due to DJI’s dominant size, along with an inability to easily scale. While UK’s mobile operators have a menu of alternative telecom equipment providers to choose from, those looking to swap out their DJI drones are looking at a starkly different market.

One viable option goes against everything we’ve come to know about technology and the free market. While most drone companies are focusing on proprietary technology in order to compete, it won’t be any single company that challenges DJI’s monopoly. Rather, it will be a growing ecosystem of drone manufacturers and developers that are bringing together the fragmented industry around hardware and software standards built off of open source technology to create enterprise and government-friendly drone solutions.

Open source the prime way to build software in 2020 – allows larger drone players to build their own implementations while smaller players can outsource their systems, creating a more diverse and democrative environment for drone innovation.

Open source drone technology is ideal for enterprise and government partners alike because the code is fully auditable, providing peace of mind in the age of ongoing data security concerns. While the US Defense Department’s drones currently run on custom, proprietary software maintained by a handful of military contractors, persistent concerns about vendor lock-in and overall security makes open source’s decentralised approach an attractive alternative.

The US Department of Defense is already looking to open source options to reduce its dependence on Chinese-made drones, and the Pentagon is working on using open source software and standardised operating systems to one day power the American Army’s entire fleet of small unmanned aircraft.

The question now is not if the rest of the world will follow suit and drive their independence from Chinese drone manufacturers, but when. While consumers may not feel motivated to swap out their Chinese-made drones for others in the market just look at Huawei’s recent smartphone sales enterprises and governments may start to feel the pressure to find alternatives. If we are to interpret the recent Huawei bans as any indication of what’s to come, that time may come sooner than you think.

The author is Kevin Sartori, co-founder at Auterion and director of the board at the Dronecode Foundation.