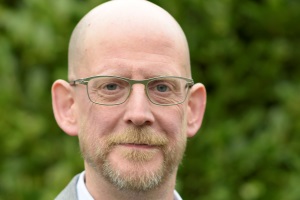 During 2020, Transforma Insights has been analysing hundreds of examples of Digital Transformation implementations. Many of the most cutting edge relate to the use of Artificial Intelligence, a subject that continues to attract a huge amount of interest from enterprises. There is a lot of talk about the abstract concept of Artificial Intelligence, but what really matters to businesses is how it can be used in real-life, for instance to streamline business processes or open up new revenue opportunities.

This article looks at some of the key learnings from the Transforma Insights analysis of real-world deployments, including the motivations for, best practice in, and experiences of deploying AI in the real-world.

The first finding is that AI deployments are typically limited to being deployed in relatively mundane applications but are usually strongly embraced where they are used. The top use cases are for customer behaviour analysis, smart customer support and personalised marketing. Other widely adopted applications include recommendation engines, chatbots and repetitive process automation. All of those can be considered to be relatively simple uses for AI. Of the top applications, only risk analysis and workflow optimisation could be considered to be really sophisticated.

This implies that AI is focusing on relatively low-hanging fruit, an idea that is further supported by looking at the level of risk that we at Transforma Insights perceive from the deployment. We rate only 11% of deployments as having a high level of operational risk. Around half have low risk or are actually being deployed as a way of de-risking operations, i.e. not only do they not themselves present a risk, but they reduce other operational risks to the organisation.

We get a similar picture when we examine what aspect of the business is affected by the use of AI. Over 85% of implementations have a significant impact on internal process efficiency. Around half that have an impact on the company’s value proposition, i.e. what they sell externally, and less than 20% can be expected to have a truly disruptive impact on the industry in which they are deployed. AI is being fantastically impactful on internal processes, but much less so in other areas of business. The focus on internal cost savings is understandable: any dollars saved come straight off the bottom line, so are inevitably the first focus.

In contrast with the relatively low degree of sophistication of the use case, the level of autonomy is quite impressive. Almost one-third of deployments are used in order to fully automate a decision-making process, i.e. to remove a human element from a business process. This implies that where it is adopted, AI is being used in a quite aggressive way, fundamentally transforming the process into which it is being adopted. Where adopted AI is not just an add-on, but is fundamentally changing, or replacing, the legacy process.

AI is also demonstrating a relatively quick time to deploy and pay back. Over 70% take less than one year to deploy, and almost 75% pay back within two years. It’s somewhat inevitable that when enterprises shift to more transformational uses of AI that the deployment and payback times will be longer. Nevertheless, those short time-frames bode well for future use.

Another positive indicator of future widespread adoption is the degree to which deployments are based on productised solutions. Over 70% of AI implementations are based on fully productised solutions, and less than 10% are one-offs. Replicability is going to be a key factor for the widespread use of AI. At Transforma Insights we expect the requirement for customisation to increase substantially the more sophisticated the use case. Nevertheless, it is starting from a very high base line of productisation and therefore replicability.

AI as it’s deployed today is also surprisingly lacking in complexity in terms of key deployment parameters. Transforma Insights looks at three areas of complexity: functional (i.e. how complex the project is), stakeholder (i.e. the number of internal an external stakeholders in a project) and geographical scale (i.e. how many countries is it deployed in). Perhaps unsurprisingly AI projects are amongst the most functionally complex that we look at.

There is little doubting that AI in all its incarnations, no matter how mundane, is cutting edge stuff. However, stakeholder and geographical complexity rate relatively low. Some of the barriers to deploying other technologies often don’t manifest themselves with regard to rolling out AI. At least not for current deployments.

The message from examining real-world AI deployments is fairly clear. Today we have barely scratched the surface of the possible enterprise applications. The early adoption is understandably happening in those use cases that represent quick wins for the enterprise deploying them. As such it’s no different from the adoption of more or less any other new technology you choose to name.

Quick wins tend to involve internal efficiency savings as they have the most immediate impact on the organisation. They also tend to be the easiest projects to implement because of a lack of internal barriers; saving money tends not to need a lot of approvals or necessitate a fundamental transformation in how the company runs.

Once you move out of cutting costs and into changing products, the number of interested stakeholders tends to grow exponentially. At that point the complexity levels rise and the time to deploy gets longer. As is the case with the adoption of almost all new technologies, it is the internal process, business model, system and culture changes that are the real challenge. AI is poised to move into this space and anyone serious about adopting it will need to look very carefully first at whether it has made the necessary internal process changes to do so.