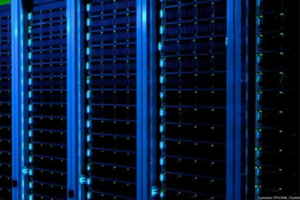 The UK government has announced a £20 million (€22.06 million) funding boost to upgrade the capabilities of the DiRAC High Performance Computing facility.

The upgrade aims to enhance the UK’s scientific productivity, driving ‘ground-breaking discoveries’ in scientific research, with opportunities spread across the UK. It is designed to support the training of the next generation of UK researchers and attract the world’s top computational researchers to the UK.

The new systems will be between three times and five time more powerful than the existing DiRAC machines. This will provide crucial computing capacity that can be used to address immediate/emerging issues, like the Covid-19 pandemic.

The DiRAC High Performance Computing facility was established in 2009, with funding from the Government, The Science and Technology Facilities Council (STFC) and individual universities.

The facility provides high performance computing systems optimised for the specialist needs of scientists working at the cutting edge of theoretical astrophysics, particle physics, cosmology and nuclear physics. The DiRAC research community also exploits and interprets observational and experimental data generated by astronomy and particle physics facilities such as the Large Hadron Collider and the LIGO experiment.

DiRAC is a distributed facility, with computing resources hosted by the Universities of Cambridge, Durham, Edinburgh and Leicester. This is overseen by the Project Office at University College London. These powerful computing facilities allow the UK science community to pursue cutting-edge research on a broad range of topics, including simulations of the entire evolution of the universe, from the Big Bang to the present, and models of the fundamental structure of matter.

DiRAC has now been awarded £20million (€22.06 million) from UK Research and Innovation (UKRI), through the British government’s World Class Labs funding scheme, to deploy DiRAC-3 a major upgrade in the computing power at all four DiRAC sites. Crucially, they will also be up to ten times energy efficient than previous generations, an important step towards delivering sustainable computing resources for the UK.

Describing the announcement as “very welcome good news for UK science”, the DiRAC director, Professor Mark Wilkinson from the University of Leicester, explained the importance of this investment for the UK, “Today, high performance computing (HPC) underpins discoveries in almost all areas of science and innovation. Numerous studies have demonstrated the significant economic benefits of investment in high performance computing and confirmed that “to out-compute is to out-compete.

“The DiRAC HPC facility is an outstanding example of HPC-driven innovation in action. While it was originally established to support the UK’s world-leading research in particle physics, astrophysics, cosmology and nuclear physics, DiRAC has delivered technological innovations with global impact and developed techniques now being applied in fields as diverse as personalised medicine, government planning and solar weather forecasting,” said prof. Wilkinson.

DiRAC project scientist and deputy director, Dr Clare Jenner from University College London, noted that the science areas impacted will “range from the subatomic to the intergalactic. Theoretical research nowadays relies on supercomputers we can’t do the calculations in any other way. So, the DiRAC computers are vital to the future success of the UK in these fields.”

The UK Science and Technology Facilities Council (STFC) executive chair, Professor Mark Thomson, added, “STFC are delighted at the announcement of new funding for the DiRAC HPC facility, to ensure that it can continue to support research in fields where the UK is world-leading.”

DiRAC director of Innovation and Technology, Dr Jeremy Yates of University College London also emphasised that the impact of DiRAC extends much further than the scientific breakthroughs it delivers, “We are also contributing to the delivery of the UK’s innovation agenda. We work with our industry partners to develop novel hardware and software solutions which can be used in many other applications.”

The new computers will be deployed over the coming months, with first scientific results expected to be presented in September at DiRAC Day 2021, the annual community event.