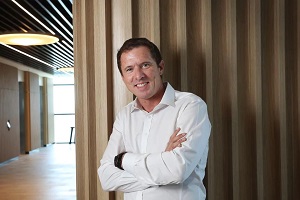 The announcement affirms the company’s commitment to keeping the world’s workforce employable using AI to analyse the impact of technology on jobs, companies, industries and entire economies.

Since its launch, Faethm has already made rapid progress into a number of new geographical regions, including Europe, Canada, Singapore, and the United States, and consolidated its strong foundations in Australasia. In addition to doubling revenues every year since it was founded in 2016, the company has also expanded significantly in size in the past year, having increased its headcount by more than 160% in 2020 alone a number which it plans to triple in the next financial year.

This growth comes on the back of Faethm closing a Series A funding round in July 2020, which saw it attract top tier investment from Pearson Ventures and Pangaea, amongst others. The company has already begun investing the funds in research, product development and new hires both to further its geographic expansion, and support its ambitious growth trajectory.

The principal driver of this progress has been Faethm’s unique, data driven solution offering. Global economies have seen a significant acceleration towards the future of work and industry 4.0 as a result of COVID-19. At the same time, sudden drops in revenue and worker furlough schemes have created a huge challenge for keeping workforces employable.

Faethm has directly responded to this challenge by developing an additional business resilience module to help enterprises minimise the disruption caused by the pandemic. It identifies which jobs within specific workforces are most at risk of virus transmission, based on the degree of interaction with others involved, and which jobs have tasks that can be completed remotely, ensuring a strong degree of continuity across global workforces, regardless of where employees are based.

As we experience a transition to new forms of jobs, this ability of Faethm’s platform to quantify the impact on job roles of both emergent technologies whether it be the automation or augmentation of existing tasks, or the addition of capacity and ongoing socio-economic trends, is proving invaluable.

Its insights allow organisations around the world to increase their efficiency and productivity, while also reskilling their workforce for the future by reassessing their approach to talent. This means focusing on retaining, retraining and redeploying staff into new roles based on their existing skills and projected competencies, with the assistance of training, rather than overinvesting in consistent redundancies and new hires.

Talent shortage prevention at one of the UK’s biggest insurers.

One example of an organisation working with Faethm to realise this mission is Zurich UK, a global insurance company and one of the largest of its kind in the UK. Working alongside Faethm, Zurich launched a comprehensive workforce analysis across its nationwide footprint, identifying 270 robotics, data science and cyber security roles that could go unfilled by 2024 if employees weren’t adequately prepared for the future of work.

Using this objective and precise projection of how current employees will be affected by changing technology, as well as how the company will be impacted by talent shortage issues, Zurich announced a mission to retrain 3,000 employees to prepare them for future roles. Having invested £1 million (€1.13 million)into reskilling staff in 2020 alone, Zurich has already put measures into place to retrain two-thirds of its workforce over the next five years.

“The skill set of our workforce is constantly changing. As an industry, we battle for top market talent to try and fill that gap,” says John Keppel, COO of Zurich UK. “At Zurich, we don’t believe it has to be this way. Whilst we can’t ignore the benefits that automation brings, it’s important to retain, nurture and educate our teams. This is a clear opportunity, not a threat to our employees. It’s crucial that we factor the future skills requirements for the business into the process now. If we know what’s coming, we can start transitioning existing employees into new careers today.”

The Covid-19 pandemic sent a shock to workforces around the world, as employees faced redundancies, company downsizing and furlough schemes. As uncertainty continues to be the defining characteristic of the business world globally, Faethm is committed to future-proofing an ever-increasing number of workforces around the world, helping get people back into work, and demonstrating that companies must look both internally and externally when seeking to address talent shortages.

“Technological disruption is driving an ever more globalised world to the new era of industry 4.0. More jobs than ever before can be automated, bringing an unprecedented level of change to the way skills rise and fall in demand” adds Michael Priddis, CEO and founder of Faethm. “But it’s still the case that computers are good at jobs that we find hard, and bad at jobs we find easy. This does not mark the end of work – this is an at scale transition to new forms of more enriching jobs and more productive workforces.”