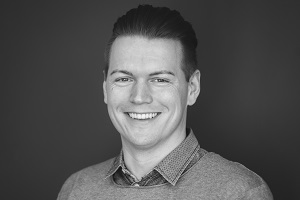 Software intelligence company Dynatrace has announced the addition of a Cloud Automation Module to its Software Intelligence Platform.

This new Module will leverage the automation and intelligence at the core of the Dynatrace Platform to orchestrate the application development lifecycle process, including automating code tests and quality checks against an organisation’s service level objectives (SLOs). This orchestration is powered by a fully-supported version of Keptn, an open-source, CNCF project.

This addition to the Dynatrace Platform will transform how development, DevOps, and Site Reliability Engineering (SRE) teams develop and manage cloud-native applications, enabling them to deliver innovation faster and with less risk.

According to James Governor, analyst and co-founder at RedMonk, “The need for automated operations, continuous delivery, and release management has become critical. Dynatrace Cloud Automation, with fully supported Keptn embedded, is designed to provide an end-to-end platform that brings together pipelines and observability to support modern DevOps and SRE teams.”

“Dynatrace Cloud Automation is transforming how we develop and manage cloud-native applications,” says Simon Pilar, director of IT operations at ERT. “It ensures the applications we deliver meet our highest standards by automatically determining if they are ready to move on to the next stage in the lifecycle. It also enables our developers to spend less time troubleshooting, and more time driving faster innovation for the business and our customers.”

Dynatrace Cloud Automation leverages the AI and automation of the Dynatrace Software Intelligence Platform to enhance development, DevOps, and SRE teams’ processes with:

“Dynatrace Cloud Automation seamlessly integrates with an organisation’s existing DevOps toolchain and automates mundane tasks to give teams time back for additional innovation. Through this release, we are advancing both our customers’ and the industry’s movement toward highly automated, AI-driven DevOps.”