Why port cities need IoT - The EE
Skip to content 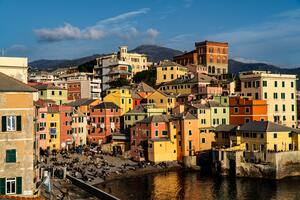 It’s not common knowledge that port cities often suffer from worse air quality than their inland counterparts. Residents in idyllic beach resorts and maritime trade hubs are choking on air pollution caused by a combination of large ships and high volumes of traffic on the one hand, and certain weather effects that cause toxic particles to linger in higher concentrations.

It is incumbent on local governments around the world to find a solution to a problem which is causing a huge strain on public health and, as with so many modern challenges, digitalisation has a role to play in solving this problem. So, as Alicia Asin, CEO of Libelium asks, just what does IoT have to do with saving our port cities from toxic air quality?

First, it’s important to take a step back to understand exactly why port cities are suffering so much from harmful levels of toxic particulate in the air. Numerous studies have shown associations between massive PM10 (particulate matter) concentrations and an increase in mortality and hospitalisations for heart and respiratory diseases in the population.

Meteorological trends play a crucial role in how dangerous particulate emissions can be for residents of a particular area, with the effects felt most keenly in port areas: Prolonged periods of blocked climatic conditions such as high humidity and atmospheric pressure can cause stagnation of the air which, when combined with a high accumulation of harmful components, can increase the harm done to residents.

We know that in 2018, air pollution caused a staggering 8.7 million deaths globally, with millions more suffering ill health due to exposure to dangerous levels of particulates. Now, thanks to a renewed focus on digital solutions over the pandemic, simple Internet of Things (IoT) solutions have become an invaluable tool in the fight to save air quality in port cities.

In a way, we have always known that smart cities are able to make more informed decisions about the climate emergency thanks to the huge amounts of real-time data they are able to obtain Gdansk in Poland has been using IoT sensors and big data analytics for several years to understand the dynamic impact of maritime transport on noise and air pollution, whilst Palma de Mallorca in the Balearic Islands is using an IoT sensor platform to monitor and control the impact of ferries and cruise ships on local air quality.

With the advent of super-fast connectivity thanks to innovations in 5G technology, though, local governments are now able to take this activity further and combine meteorological data with air quality sensors to make dynamic, real-time public policy decisions. Now, I’ve been critical of our focus on 5G during the pandemic, and maintain that we need much more investment in the “things” side of IoT. That being said, the rollout of an IoT solution in Genoa, Italy to protect the port city from the harmful dual effects of high particulate levels and air stagnation is an example of the huge potential of 5G to revolutionise the way in which smart cities safeguard public health.

A proof of concept solution in the major cultural area and popular tourist hub of Porto Antico is being rolled out to monitor both weather and air quality in order to improve data-enabled decision making. The solution works by deploying two control devices to monitor various parameters such as temperature, humidity and atmospheric pressure, as well as detecting in real-time the main air quality indicators as defined by the Air Quality Index.

The two devices are able to exchange information using a 868MHz protocol and will send collected data to a new gateway using 5G technology to almost instantaneously send this information to the cloud.

Why is this speed so important? Accurately understanding when these weather conditions are likely to occur will allow for municipal authorities to take action to reduce sources of fine particulate matter, decreasing the concentration of harmful PM particles during times of air stagnation.

Temporary emergency bans on cars in high traffic areas, limiting the number of ships docking or putting a pause on construction work could all be considered during a particularly adverse spell of weather, allowing local authorities to react in real time to take action that could save lives.

Importantly, the data gathered will also allow local communities and municipal governments to be better informed when making more permanent environmental decisions; IoT can provide objective information to port towns about the cause of air pollution.

In many seaside towns, for example, local residents often complain about the effects of large-scale tourism and tourist boats on air quality. With the implementation of sensors and data analytics, municipal authorities will be able to test just how much of an impact areas such as tourism have on the environment (as is being tested in Mallorca currently), and make better informed decisions on how to mitigate these effects.

I call this data-enabled decision making a “datocracy”, where our civic engagement, when it comes to measurable challenges such as air pollution, can be supported by data analytics to enable better informed outcomes.

Right across the world, governments are waking up to the problem of air pollution. The pandemic highlighted the deadly effects of poor air quality, and also showed us that an alternative is possible even in the areas most damaged by pollution. Change won’t happen overnight, but empowering local authorities in the port cities most affected by air pollution to better understand the danger posed by adverse weather and particulate concentration is a critical first step. Digitalisation will play a key role in the fight against air pollution in the areas that suffer from it most. Port cities need IoT.

The author is Alicia Asin, CEO of Libelium.