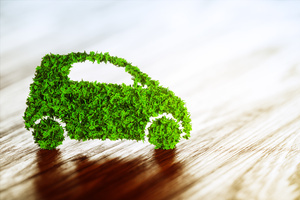 Scotland is playing a role to develop new technology that can help meet the challenge of global climate change. That is according to Scotland’s analysis of the sector.

The report, which was commissioned by Scottish Enterprise, has been launched by ScotlandIS, the membership and cluster management organisation for the digital technologies industry in Scotland.

The research demonstrates that Scotland has both strength and depth in emerging climate technology and highlights an exciting array of initiatives by Scottish organisations in the climate tech space. The report highlights the global opportunities for Scotland’s tech community to capitalise on climate technology needs across a range of sectors, including energy, the built environment, land-use and transport.

Mark Logan, author of the Scottish Technology Ecosystem Review, says, “The launch of this report highlights Scotland’s growing role in addressing the climate challenge, and the increasing importance of Climate Tech in the Scottish tech ecosystem. In the lead up to COP26, Scotland has an opportunity to showcase this world-class innovation taking place here in our nation.”

With COP-26 taking place in Glasgow later this year, there is a growing interest in the role of climate tech and an opportunity to shine a light on the growth of the sector in Scotland and its role in combating global climate change.

The report highlights that the potential growth of climate tech is immense, and organisations across the globe are investing heavily in climate tech initiatives and products to ensure they are future-proofing their business as the green economy scales up.

Analysis from PricewaterhouseCoopers (PwC) highlights that climate tech investments globally have grown at five times the venture capital market rate over the past seven years. Their report shows that mobility and transport is the dominant sector, followed by food, agriculture and land use, and the energy sector, with climate tech in the US market attracting three times the growth rate of venture capital funding than AI from 2013-19.

Climate tech initiatives from BT, Amazon and Microsoft are highlighted, as well as those being taken by the public and voluntary sectors, such as the creation and development of a platform named Carbon Positive by The Scottish Agriculture Organisation Society (SAOS) to record and highlight the positive contribution of Scottish farms and crofts in capturing carbon and mitigating climate change.

Karen Meechan, interim CEO of ScotlandIS, comments, “The race to net zero and addressing climate change are global priorities. Although a sector in its infancy, climate tech is already making a big impact. Scotland is superbly well positioned to become a climate tech centre of global excellence, building on the nation’s expertise in renewable energy, low carbon transport and cutting emissions in both the rural and urban environment.

“Our climate tech report is the first document in Scotland setting out the size, scale and nature of the climate tech sector. The UK and Scotland are both well placed to support the digital community create a flourishing climate tech ecosystem.

Scottish Enterprise interim chief executive Linda Hanna adds, “Innovative technology and digital solutions have a core role to help get us to net zero. Climate tech is a rapidly emerging industry with enormous potential across a range of sectors such as energy, sustainable transport, the built environment, agriculture and land use.

“Scottish Enterprise is delighted to work with ScotlandIS on this project to help create a more sustainable Scottish economy, and this report captures the growth and investment potential of Climate Tech, highlighting some of the Scottish companies already successfully working in this space.” Hanna adds, “With COP26 around the corner this project provides a platform for Scotland to lead the way digitally to become a net zero nation and support the economy’s green recovery too.”