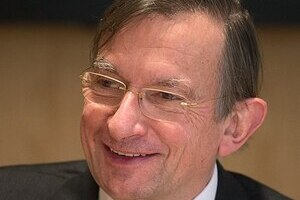 Samotics, a provider of artificial intelligence (AI)-driven predictive analytics, has welcomed Jeroen van der Veer as an advisor. In this role, Van der Veer will advise on Samotics’ strategy and operations utilising his experience in global flagship organisations.

Van der Veer is currently the chairman of Philips and the former chief executive officer of Shell, following a tenure of 42 years with the multinational oil and gas company. His expertise within the technology and energy sectors will be used to steer Samotics through a pivotal stage of rapid growth.

“Samotics has a clear mission to solve the problem of unplanned downtime for rotating equipment which gives it limitless potential to scale across numerous industries,” says Van der Veer. “In six short years, this has enabled Samotics to work as a trusted partner with customers internationally. It is an exciting time to join as an advisor and I look forward to working closely with the team as they go from strength to strength.”

“Jeroen has a remarkable legacy as a business leader and we are delighted that he has joined us as an advisor,” comments  Jasper Hoogeweegen , chief executive officer at Samotics.

“We have evolved quickly into a global enterprise with established credentials working with industry-leading organisations. We have ambitious plans for the future. Jeroen’s experience will help shape the direction of Samotics as we continue to help more customers eliminate downtime, lower risk, decrease maintenance costs and reduce energy waste.”