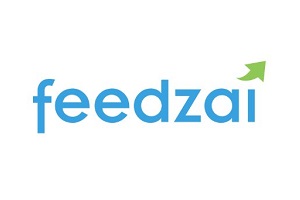 The new investment will be used to accelerate the company’s global expansion, further develop its product offerings, and boost its partner strategy to strengthen its position as one of the most comprehensive financial crime prevention and risk management solution in the market.

Feedzai’s platform is used by financial institutions, payment providers, and merchants to manage the risk of financial crime while enabling an optimised experience for end-users. The core of Feedzai’s offering is its Artificial Intelligence and machine learning platform, which processes customer and third-party data to identify, assess, and accelerate the remediation of potential threats.

The net result of this approach is significantly higher rates of financial crime detection with lower rates of false positives in contrast to legacy, often rules-based approaches, and meaningful cost savings for customers through fewer charge-backs, more efficient triage of alerts, and avoidance of regulatory fines.

In addition, Feedzai’s technology allows a more seamless, real-time experience for consumers. Feedzai’s core offering originally focused on identifying transaction fraud, but in recent years has leveraged the underlying technology to expand into adjacencies such as anti-money laundering and account opening making Feedzai one of the most comprehensive cloud-based financial crime prevention platform in the market.

The investment comes as demand for Feedzai’s technology is accelerating alongside the rapid shift to digital banking and commerce, which has led to a significant increase in consumers becoming victims of financial crime. In the last quarter of 2020 alone, consumers faced a 650% increase in account takeover scams, a 600% in impersonation scams, and a 250% increase in online banking fraud attacks compared to the first quarter in the same year, according to Feedzai’s data.

Today, Feedzai monitors companies with more than 800 million customers in 190 countries, with products protecting half of the U.K.’s and Canada’s populations, as well as four of the five largest banks in North America. Many of the financial institutions such as Citibank, Fiserv, and Santander, as well as the innovative Fintechs such as SoFi and Mox by Standard Chartered, already use Feedzai’s AI-powered risk management solutions.

Every time someone opens a bank account, transfers money, or makes a payment with their mobile device, they are experiencing transparency, convenience, and protection in 3 milliseconds or less – all made possible by Feedzai’s AI platform.

“Feedzai’s technology is the cornerstone of today’s commerce as consumers across the globe expect fast, reliable, seamless, and, above all, secure banking and payment experiences. The world has faster digitisation requirements, and financial institutions need reliable solutions that thrive in this new digital environment in days, not months,” says Nuno Sebastiao, CEO, and chairman of Feedzai.

“We’re thrilled to be working with KKR to bring more innovation into this space and to keep protecting our customers from an ever-evolving financial crime landscape.”

“Feedzai offers a powerful solution to one of the biggest challenges we are facing today, financial crime in the digital age. Global commerce depends on future-proof technologies capable of dealing with a rapidly evolving threat landscape. At the same time, consumers rightfully demand a great customer experience, in addition to strong security layers when using banking or payments services,” says Stephen Shanley, managing director at KKR.

Spencer Chavez, principal at KKR, continued, “We believe Feedzai’s platform uniquely meets these expectations and more, and we are looking forward to working with Nuno and the rest of the team to expand their offering even further.”

The investment follows the close of another exceptional financial year where Feedzai saw significant growth in all its geographic markets and customer verticals. In addition to its core offering, the company recently launched “Feedzai Solutions,” an initiative aimed at democratising the fight against financial crime by allowing financial institutions of all sizes to benefit from the most advanced technology available today in an “out-of-the-box” format.

The company has also expanded its Responsible AI framework, which was recently recognised as “Fraud Prevention Innovation of the Year” by Fintech Breakthrough, to allow financial institutions to provide the best customer experience possible while ensuring that Fairness, Accountability, Transparency, and Ethics (FATE) become part of the decision-making process.

KKR will be making the investment through its Next Generation Technology Growth Fund II, a fund dedicated to growth equity investment opportunities in the technology space.

“Citi is committed to advancing global payments anchored on transparency, efficiency, and control, and our partnership with Feedzai is allowing us to provide customers with technology that seamlessly balances agility and security,” says Manish Kohli, global head of payments and receivables, with Citi’s treasury and trade solutions.

“According to the UK government’s Economic Crime Plan 2019-2022, serious and organised crime is estimated to cost the UK at least £37 billion (€43.30 billion) each year, with further estimates from the National Economic Crime Centre finding that money laundering can cost upwards of £100 billion (€117.03 billion) in the UK per year. As people are transacting online now more than ever before, fraudsters are forever coming up with new techniques.

This means financial institutions’ risk management capabilities have never been so crucial. Feedzai’s cloud-based risk management platform is uniquely positioned to respond both to the need for accuracy and operational value, as customers expect protection as much as a seamless shopping experience,” says Nuno Sebastião, Feedzai’s CEO.

The anatomy of a bot attack

One of the largest brands in the world underwent a massive bot attack. In less than 24 hours, the company faced more than $64 million (€50.90 million) worth of attempted fraud from 367.000 transactions all with unique identifiers so that they would look like unique buyers to most humans or rules-based systems.

What looked like a well-orchestrated army of people, turned out to be a completely automated bot attack. Feedzai stopped 100% of those fraudulent transactions in real-time and saved $64 million (€50.90 million) from potential losses.

One of the biggest payment processors in the world challenged Feedzai. After spending years trying to increase their model performance they decided to ask us to improve their in-house results by 20%. In just 6 weeks, Feedzai was able to analyse all the data provided while delivering a 55% lift in model performance. $175M (€148.46M)worth of fraud money detected within a single payment channel using some of the most advanced algorithms known today.