Don’t get mad, read Stookes - The EE
Skip to content 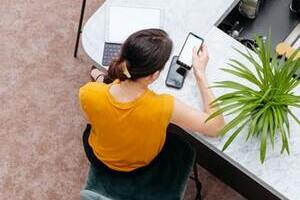 BOOK REVIEW: A guide to thriving as a female leader in technology sales
Cheryl Stookes’ short, cheery, book is fun to read, with some very welcome additions to your career toolkit, whatever your profession or trade, writes Annie Turner.

Don’t be put off by the title, The Token Woman which appears to mean something different on the North American side of the Atlantic to the British Ms Stookes is Canadian and worked in the US.

The token woman in the title means the sole female in a tight-knit group of males who can hold her own. My (British) understanding is someone included to give the impression that a group is more diverse than it is. As a technology journalist the book’s author works in tech sales there are too many times to count when I’ve been the only woman in the room in the last 37 years. In the last week I have been asked on two occasions, by men, if I understand the subject I am about to interview senior execs about.

The strapline, A guide to thriving as a female leader in sales, is a bit misleading too, as this is not a book about sales tips and tricks so much as anecdotes and suggestions about how to deal with sexism at work. The book implicitly acknowledges that this is not an issue that only affects and needs to be addressed by women, citing positive actions and attitudes by many male co-workers, bosses and her supportive husband. Personally, I’d like this to always be explicit so it can’t be so easily dismissed.

Stookes has little time for the school of thought that successful females behave badly towards other women in the workplace on the grounds they threaten their Queen Bee status. Instead, she recommends women help and support each other, providing instances of this making a big difference to her life, including making sure to give credit where it is due, rather than allowing manstealing.

Much of the book is about speaking out against bad behaviour. Stookes cites an occasion when two senior managers spoke disparagingly of a colleague on paternity leave, questioning his commitment to his job. The implication is, presumably, that working mothers cannot be truly dedicated either.

It stopped Stookes talking about her own children and home life at work, which meant in effect that she couldn’t take her “whole self” to her job and she regretted not calling it out this is how toxic cultures develop. Later she was brave enough to highlight this elephant in the room during the 2020 lockdowns just how hard people were finding it to work from home and care for children but didn’t feel able to say so.

Once you start speaking up, the idea is others will follow and sometimes that is the case, but other times the speaker upper is branded difficult, which is a necessary part of the process to progress, as Helen Lewis’ fab book illustrates, but it can make life tough for the individual, which I felt Stookes skated over rather.

The five levels of problem-solving and the three-email rule should be adopted by all sane people forthwith. The first is about how not to overdo the empathy and burn yourself to a cinder trying to solve everyone’s problems. Instead, a good leader should insist staff bring possible solutions, not just problems, ask for advice on the best option, or report back on how they addressed an issue with a customer, and why.

The three-email rule, with half the company copied in, says speak to the person directly if something has not been resolved by the third exchange.

A kick in the britches

Finally, I have an overweening tendency to stick up for the underdog regardless, so Stookes pointing out the trap of many leaders spending the most time with the least effective salespeople is a good kick in the britches to resist that knee-jerk reaction. It has got me into a fair amount of hot water and often doesn’t end well for anyone.