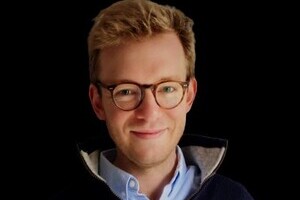 In response to the European Commission’s proposal for an “Artificial Intelligence Act” expected to be published imminently, the Center for Data Innovation’s senior policy analyst, Benjamin Mueller has issued a statement.

He says, “The Artificial Intelligence Act strikes a damaging blow to the Commission’s goal of turning the EU into a global AI leader by creating a thicket of new rules that will hamstring technology companies hoping to build and use AI in Europe. Rather than supercharge the European digital economy, this law will cause it to fall even further behind the United States and China.

“The law will kneecap the EU’s nascent AI industry before it can learn to walk. Its definition of AI is so expansive that it covers any software using standard machine learning techniques. The ban on “‘manipulative”’ AI is based on questionable definitions that will spark costly legal and regulatory battles. And its impositions of complex regulatory and technical requirements on ‘high-risk’ AI systems would curtail the use of many socially beneficial applications of AI.

“Rather than focusing on actual threats like mass surveillance, disinformation, or social control, the Commission wants to micro-manage the use of AI across a vast range of applications. The EU should adopt a light-touch framework limited in scope and adapt it based on observed harms,” says Mueller.

“The consequences of the law are all too predictable, it will slow down the spread of AI, encourage innovators to build next-generation technology outside of Europe, and discourage European businesses from adopting AI. The Artificial Intelligence Act creates enormous costs and little tangible consumer benefit.” Mueller concludes, “It is a barrier to growth and innovation which the European tech sector will struggle to overcome.”

The Center for Data Innovation is a global think tank studying the intersection of data, technology, and public policy. With staff in Washington, D.C. and Brussels, the CentrE formulates and promotes pragmatic public policies designed to maximise the benefits of data-driven innovation in the public and private sectors.

It educates policymakers and the public about the opportunities and challenges associated with data, as well as technology trends such as open data, artificial intelligence, and the Internet of Things. The Centre is a part of the non-profit, non-partisan Information Technology and Innovation Foundation.