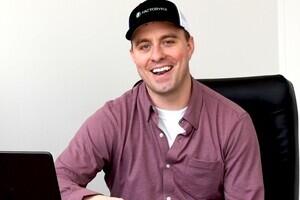 As the founder of FactoryFix, a manufacturing hiring platform, Patrick O’Rahilly has a significant online community of manufacturing workers.

According to O’Rahilly, “We’ve built some cool technology to match the right people to the right jobs as well as vetting all of the applicants, so employers are only dealing with good fits for a specific company and job position.”

The technology is said to be different from the other sites claiming to do something similar, playing a matchmaker of companies and individuals says Thomas R. Cutler, president and CEO of TR Cutler, Inc. Unlike LinkedIn or the world or Craigslist or indeed.com, FactoryFix is 100% focused on manufacturing.

Machine Learning ensures the people recruited for the network are skilled welders, machinists, maintenance mechanics, and electricians. Even higher-skilled roles, such as automation technicians, robotic programmers, and neural engineers can be carefully selected by defined functionality.

O’Rahilly suggested, “We are going deeper on each worker’s profile than a general job board. This intelligence redefines the onboarding process to align high functional skills using the machines and technologies used at the manufacturing facility. For example, knowing the types of CNC machines on a plant floor enables FactoryFix to make better matches and send people that will hit the ground running and be valuable from day one.”

Industrial talent as a service (ITaaS)

Beyond the scope and depth of the network, others partner with FactoryFix. Acting as an Industrial Talent as a Service (ITaaS) turnkey package, these algorithms permit the company to serve manufacturers as an outsourced talent department.

The labour market, according to O’Rahilly, is beyond tight. “It’s as bad as I’ve ever seen, and manufacturers have this unique problem because they are unable to offer hybrid flexibility work from home options.

So, there is an inherent disadvantage of attracting talent, especially for more entry-level positions. In addition, manufacturers operate on thin margins and cannot simply raise wages, raise prices, and everything will be handled.”

Manufacturing as a career is a messaging necessity

Manufacturing companies must emphasise the advantage of a career in manufacturing. O’Rahilly argues, “There’s a natural career path for positions within manufacturing allowing a six-figure salary within a relatively short amount of time.”

Because of COVID, a gig-economy, Gen Zers are forcing manufacturers to keep companies like FactoryFix ‘on-call’ just to ensure that the employment funnel maintains a strong level of activity and qualified candidates and skilled individuals.

O’Rahilly acknowledges, “There are all these macroeconomic forces, but see as a lot of these companies get in their own way. When you look at their production floor, lean manufacturing principles have been implemented … totally streamlined and efficient.

Then you look at the hiring and recruiting process with unnecessary friction, wasted steps, like posting jobs to all these different boards, applicants are coming in, reviewing many unqualified applicants, an HR person trying to do an initial prescreen, and then get some feedback from the hiring manager.”

FACTORY MADE is a 6-episode comedy series set in an operational factory, where the FactoryFix platform plays a character alongside some of today’s top American comedian talent. This first-of-a-kind programming will attract the entire manufacturing industry, as it takes place in a food production facility and takes on the issues facing small to mid-sized US manufacturing companies.

The industry has never had content like this, custom-built for them, created as a stand-alone comedy show with high production value and recognisable actors.

The author is Thomas R. Cutler, president and CEO of TR Cutler, Inc.

Thomas R. Cutler, the president and CEO of Fort Lauderdale, Florida-based, TR Cutler, Inc., celebrating its 22nd year. Cutler is the founder of the Manufacturing Media Consortium including more than 8000 journalists, editors, and economists writing about trends in manufacturing, industry, material handling, and process improvement. Cutler authors more than 1,000 feature articles annually regarding the manufacturing sector.