The societal threat is terrifying, but deepfakes needn’t provoke deep pessimism - The EE
Skip to content 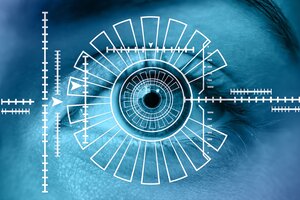 There can be no doubt that the ability of AI to create fake multi-media content that is utterly convincing to humans represents a real and present threat to society, says Tim Winchcomb, head of technology strategy in wireless and digital services at Cambridge Consultants.

The democratisation of manipulation techniques means that YouTubers already aspire to Hollywood-grade visual effects, while malicious individuals across the world stand ready to weaponise their synthetic realities. Yet all is not lost industry players are stepping up to meet the deepfakes challenge, convinced that a collaborative response will allow technology, and ultimately society, to prevail.

The term deepfakes is a construct of deep learning essentially multi-layered neural networks and fake, which of course refers to misleading and usually harmful content that purports to represent reality. It can be particularly terrifying that these bogus moving and still images, audio or written text can be created in real-time. It doesn’t require a heavy load of training data to clone the identities of real people, and the internet is awash with AI-powered tools, apps and websites that put deepfake capability into the hands of anyone who wants it.

Malicious deep-fakery is already at large. In 2019, the CEO of a UK-based energy company transferred €220,000 following a telephone request from his counterpart in the parent company. Unfortunately, that voice on the phone was faked by AI synthesis, compete with convincing accent and intonation. Technology has come on leaps and bounds since this audio scam. It is now possible to create deepfake impersonations in Zoom or Skype using a single image of that person.

We should be clear that sometimes intentions are good, as illustrated by the Malaria Must Die charity film that had world-famous soccer player David Beckham communicating ‘naturally’ in nine languages. Ingenious synthetic media is being widely applied in education to create personalised, interactive experiences that reach more people, while the movies and entertainment industries are delighting consumers with face-swap technology and much more besides.

Nevertheless, it is the downsides of deepfakes that loom largest in our collective psyche, conjuring dark thoughts of a post-truth dystopia with a polarised world population distrustful of its media sources. Such concerns, along with the plain fact that we are witnessing a paradigm shift for society, dominated the agenda of a live stream discussion I facilitated for Mobile World Congress. Although the expert panel recognised the serious threat of deepfakes, there was a unanimous optimism that emerging technologies would lead the fight back for society, and win.

Nina Schick, author and advisor on synthetic media and the geopolitics of technology, advocated a positive approach of seizing the creative, cultural and educational opportunities while mitigating risks. Just as society coped with the profound changes of the printing press, photography, social media and smartphones, it will learn and adapt to synthetic media.

Fred Langford of UK communications regulator Ofcom concurred and pointed to the importance of regulators and governments liaising globally to act on consistent principles to assist industry. Rob Meadows of the AI Foundation emphasised that the speed of developments in synthetic media also means that tools to combat it can be released quickly. Educating people about the risks and getting the tools into their hands will be key to defending against it.

Even in the short term, detection systems are ready to fight back, with Cristian Canton, research scientist at Facebook AI, explaining that technology can latch on to giveaway details such as overly-smooth facial features or stiffness of movement. Again, collaboration is happening, with solutions being shared by licensing and open-sourcing them. The response needs to be agile, according to Cristian, with systems built with the ability to detect approaches that haven’t been seen yet, to protect society now and in the future.

As for longer-term answers, Ashish Jaiman, who works at Microsoft on cybersecurity and combatting disinformation, again stressed the importance of a multi-stakeholder approach unifying policy-makers, regulators, technologists and society in general.

In the coming years, he expected reactive detection activity to evolve into a multi-platform provenance and authentication solution. The benefit here is that if a signal cannot be tampered with in the pipeline from creation to media consumption, there will be a much higher level of confidence in it. A technical standards body called C2PA, Coalition for Content Provenance and Authentication, has already been formed by the likes of Adobe, Intel, Arm, Twitter and Microsoft. Members are reaching out to other platforms.

All in all, there is plenty of optimism to counterbalance the troubling prospect of worst-case deepfake scenarios. That said, with the FBI warning that malicious actors will almost certainly leverage synthetic content for cyber and foreign influence operations in the coming months, it is a time for collaboration, not complacency.

The author is Tim Winchcomb, head of technology strategy in wireless and digital services at Cambridge Consultants