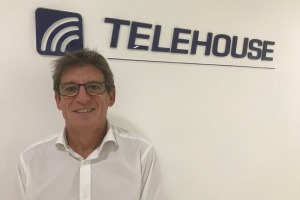 Global colocation provider, Telehouse International Corporation of Europe, is launching a new PoP (point of presence) in Marseille as part of its continued expansion across Europe.

Enterprises, including those in Telehouse’s existing data centres in London, Paris and Frankfurt, can colocate within the new PoP facility, delivered in partnership with Jaguar Network to access low-latency connections to international exchanges in Africa, Asia and the Middle East.

This is the latest in Telehouse’s European growth plans, which includes the recent expansion of its Paris data centre and the launch of Telehouse South in London.

Marseille is seen as an important strategic location as Europe’s hub for submarine cables connecting to several global regions and ranks as nineth largest connectivity hub worldwide. Establishing a PoP in close proximity to Marseille’s submarine cable landing stations will be critical to ensuring the lowest possible latency from Tier 1 data centres connecting to other global regions. Telehouse’s presence in Marseille will also increase vendor choice for organisations that require global connectivity in and out of the city.

Mark Pestridge, senior director, customer experience telehouse UK, says, “This is a crucial step in our growth strategy, which has so far centred on our presence in tier 1 cities across Europe and at the crossroads of the global internet.

Marseille marks the beginning of our move into Tier 2 cities, which provide an important piece in the global connectivity puzzle, enhancing the services we offer from our other locations. This is a long-term plan to provide long term benefits, including low latency global connections, greater bandwidth and less jitter.”

Telehouse is the number one connectivity provider in Europe through its infrastructure positioned on the main backbone of the global Internet (London-Paris-Frankfurt). The Marseille PoP is part of the organisation’s collective offering to support the growing demand for secure, resilient, colocation services as well as access to leading cloud players and managed hosting and cloud services. Its continued expansion will see Telehouse double its capacity at all its existing sites in Europe over the next five years.

The organisation has already doubled the size of its Paris connectivity hub, Telehouse Voltaire. As one of the world’s connected hub’s, 50% of France’s peering traffic passes through the site, which provides direct access to over 300 carriers, ISPs and ASPs. The construction of Telehouse South, the organisation’s fifth data centre in London Docklands, is already underway with the first floor set to open in early 2022.

Sami Slim, deputy director of Telehouse France, says, “The launch of our new PoP in Marseille will be a game changer for Telehouse customers in each of our existing locations. We are responding to growing market demand and providing the vendor diversity that has long been missing in Marseille. This is also part of our wider plan to make Marseille one of the top five most connected cities in the world and to strengthen the digital highway between major European cities and other global regions.”

TH1 Marseille will provide Telehouse customers with access to 160 Terabits of transit capacity. Phases one and two of the build will be completed by November 2021 and the site will reach a power capacity of 10 megawatts in the future.