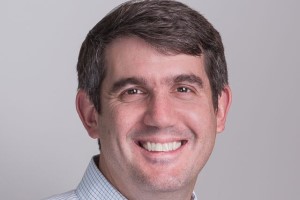 Unbound Security, provider of cryptographic key management and protection solutions, announced that Fifth Third Bank has deployed Unbound CORE to tokenise credit card and other personally identifiable information (PII) to improve data security as part of its migration to the cloud.

When the bank began upgrading and modernising its data infrastructure including an organisation-wide move to the cloud it turned to tokenisation as a means of securing that data. It needed to ensure end-to-end security of its most sensitive information and that data could be segregated on multiple levels to limit the impact of a compromise or technical issue.

While refreshing its infrastructure and moving legacy apps to AWS Cloud and creating new ones for mobile, the bank also required a solution that provided secure tokenisation with a fast application integration API and that had a minimal impact on its existing databases.

The bank deployed Unbound CORE over AWS and two data centres, supporting the tokenisation of assets across multiple applications. The platform uses multiparty computation, an advanced form of cryptography, to split encryption keys into shares and never bring them together to eliminate the single point of failure in cryptographic deployments.

Critically, other functions built on top of this technology such as the ability to tokenise complex data and make it functional with any existing database ease the cloud migration process for developers.

Philip Schneider, director of security engineering at Fifth Third Bank, says, “Securing sensitive data is absolutely critical for cloud adoption, specifically in the financial sector. When we embarked on our cloud migration, we knew it had to be one of our top priorities. The local container tokenisation product that Unbound is creating has huge potential to safely post services forward into untrusted zones, in trusted ways.”

Fifth Third Bank secures between 30 to 50 distinct applications with CORE and is examining other ways of utilising the technology to streamline and simplify its tech stack and to continue to bring premium services and unprecedented security to its customers.

Prof. Yehuda Lindell, chief executive officer at Unbound Security, says, “At Unbound, we want to ensure that both financial institutions and enterprises can deploy security across their business without compromising on operations or the user experience. Multiparty computation and our CORE platform have helped dozens of enterprise clients do just that, and we are honoured to have Fifth Third as one of our primary customers.”