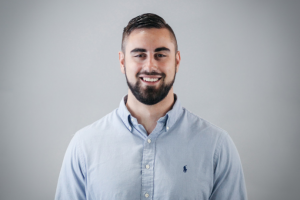 There’s a good chance that you’ve heard about how artificial intelligence (AI) will transform the world forever, but you might not be aware that AI startups are already gaining traction.

Artificial intelligence will eventually change every aspect of our daily lives, even if some might downplay it as another technological trend that they don’t know much about. In the near future, there won’t be a sector that isn’t somehow affected by AI.

McKinsey, one of the largest management consulting firms in the world, believes that AI could deliver $13 trillion (€11.02 trillion) worth of “global economic activity” by 2030. Joseph Zulick is a writer and manager at MRO Electric and Supply.

Some of these AI startups are focused on improving the healthcare sector, while others might help companies communicate and engage with customers better than ever before.

Here are some AI startups that you should know about:

There are some AI startups that are still searching for funding, but Tempus certainly doesn’t have that issue. In fact, the company is already valued at $5 billion (€4.24 billion), and it was founded by Eric Lefkofsky, a co-founder of Groupon. The company, founded in 2015, has already raised hundreds of millions of dollars in funding. Tempus already reportedly works with 30% of all of the oncologists in the United States, as well.

Tempus uses AI to analyse health data, and the hope is that this information will help doctors to personalise medical treatments of all kinds. Tempus also licenses out the anonymised data to drug companies, as well, providing another source of revenue.

Some AI startups aren’t trying to tackle diseases, but are instead focused on how to help organisations generate more revenue. Dixa, a Copenhagen-based AI startup, is focused on using artificial intelligence to personalise customer support. The company calls itself a “customer friendship platform”, and it has already raised millions in funding.

Dixa is focused on catering to customer needs, allowing them to communicate on their preferred platform. The company hopes to strengthen customer engagement for large companies, and it boasts that Dixa can be up and running for clients in just one business day.

When you think about AI startups, many individuals immediately think about organisations that will use AI to improve healthcare or automate business processes for maximum efficiency. Jukedeck, however, is an AI startup that develops royalty-free music using artificial intelligence technology. In fact, Bytedance, the company behind the massively successful Tiktok app, has acquired the company. Tiktok has been downloaded over 1.5 billion times.

Many viral Tiktok videos use music that is owned by record labels, and it is suggested that this is Bytedance’s way of avoiding having to pay out royalties to these music companies. Before Jukedeck was even acquired, it had raised $2.5 million (€2.12 million) in funding. It is unclear exactly how Tiktok will utilise Jukedeck, although many believe that Bytedance will be creating its own AI-generated music, since music is such an integral part of Tiktok.

Some of the most powerful tech giants in the world are interested in driverless cars, including companies such as Google and Tesla. Five is also a known player in the space, and has already raised millions, like many other AI startups. Five was formerly known as FiveAI.

Five originally planned to build their own fleet of self-driving cars, but it appears to be moving in a different direction. Specifically, Five hopes to license its technology to other organisations so that they can build their own autonomous cars, as well as determine the accuracy of driving systems, as well. For those who are wondering about the name, autonomous cars are said to reach “Level 5” when they are truly autonomous. The company announced $41 million (€34.76 million) in funding several months ago.

It is hard to tell which AI companies will be able to thrive over the next several years, and there’s a good chance that smaller AI firms will become larger players once they secure specific clients and contracts. However, it’s clear that many investors are extremely interested in AI-related companies, as AI startups raised over $18 billion (€15.26 billion) just last year a new funding record.

Some of the companies listed here are already worth over a billion dollars, which probably means that they have the resources and connections to compete successfully. Either way, one thing is for sure: all of these AI startups are worth watching!

The author is Joseph Zulick is a manager at MRO Electric and Supply.