Does anyone still not believe cryptocurrencies are the future of money? - The EE
Skip to content 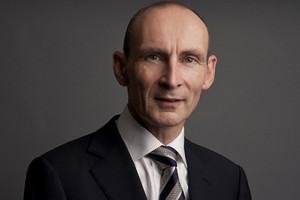 If anyone still doesn’t believe that cryptocurrencies are the future of money, investments and raising capital, they are “already considerably behind the curve,” says the CEO of independent financial advisory, asset management and fintech organisations .

The bold assessment from Nigel Green, the chief executive and founder of deVere Group, follows last week’s announcement that Argentine soccer star Lionel Messi will receive payment in cryptocurrency tokens as part of his move from Barcelona to French club Paris Saint-Germain (PSG).

Mr Green says, “PSG only disclosed that the actual amount in fan token is ‘significant’, but media reports are estimating that the amount could be between 25 to 30 million euros.

“Paying one of the world’s biggest footballers in crypto, once again highlights that cryptocurrencies are now almost universally recognised as the future of money.

“Digital, borderless money in our increasingly digitalised world makes sense, especially at a time when traditional currencies have been devalued by governments printing unprecedented amounts of them.”

He continues, “Demographics are also on the side of cryptocurrencies. Millennials who are beneficiaries of the largest-ever generational transfer of wealth, predicted to be more than $60 trillion (€50.97 trillion) from baby boomers to millennials over the next three decades have grown up on technology. They are digital natives. Cryptocurrencies are, by their very nature, tech-driven and their long-term trajectory is secure.”

But digital assets are more than a form of payment and a store of value in the usual sense. The deVere CEO also believes that increasingly they will be used by businesses to raise capital.

He explains, “Messi is being paid a large chunk of his salary in the club’s own digital asset, the $PSG Fan Token. Manchester City launched its own fan token in March using the same technology.

“They are doing this as a way to drive interest and investment into the clubs. “We can expect a growing number of companies to harness the enormous potential of cryptocurrencies and blockchain technologies.”

He goes on to say, “Times are evolving, and the old-fashioned methods of raising capital from expansion are outdated.

“Moving forward, it will become standard for business leaders to be seeking to raise significant capital and awareness for their organisations – thereby providing considerable growth opportunities in a cost-effective way through establishing their own digital tokens.”

Mr Green concludes, “Those who do not see digital assets as the future for money, investments and raising capital are, I believe, already considerably behind the curve.”