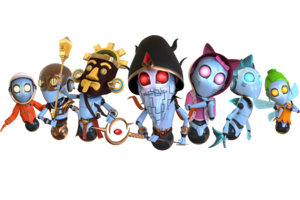 The pandemic has changed the way the world operates forever. Whether it be working, shopping, entertaining or connecting with friends and family the restrictions of movements has driven everyone online and transformed the world as we know it.

It’s sparked a rush of innovation within industries themselves, says Gary Bracey, CEO and co-founder of Terra Virtua, ranging from the rise of the virtual escape room to breweries setting up as ecommerce companies. It’s pushed companies to adapt to reach new audiences.

Whereas before, the internet was used as a tool to enhance the physical experience, such as the purchasing of physical goods, the pandemic has now transformed it into a virtual world or a metaverse. At the heart of this are new technologies, such as blockchain, that are forming the basis of a virtual world.

The bedrock of the new world

Blockchain is set to be the bedrock of the post-covid world. Invented in 2008 by Satoshi Nakamoto as a decentralised ledger of transactions, its purpose was to enable a way to keep track of all transactions within the blockchain and authenticate its content. It does this simply by keeping track of everything from the moment of its creation and only authorising changes when allowed. Every change is also tracked, enabling anyone purchasing something to easily verify the authenticity of the product, service or information.

Despite 13 years passing since its inception, blockchain is still in its infancy and its slow uptake may be its primary association with Bitcoin and cyber criminals. But its potential goes far beyond bitcoin, and we’re starting to see this evolution taking place as it becomes more relevant to the mainstream. As with all new technologies, such as the cloud and artificial intelligence, the hype around blockchain must be backed by real world examples, otherwise mass scale adoption will be impossible.

Got to collect them all

Its role in fuelling the digital revolution is already in motion though. Take the collecting industry, for example. Rather than transform an industry that’s primarily focused on the physical ownership of goods, blockchain is helping to build an entirely new sector within it, alongside enabling the creation of companies like Terra Virtua. This is in the form of digital collectibles.

Through blockchain, the digital collectible industry has sparked into life with consumers able to purchase digital assets or non-fungible tokens (NFTs). Unlike the traditional collecting sector, buyers are able to completely authenticate anything they’re purchasing instantly. For sellers, it puts the power in their hands and enables them to dictate when, how and who they want to sell to.

On top of that, one of the big benefits of NFTs is the permanence.Virtual assets in games like Roblox and Fortnite may seem secure, but are reliant on the games to always be online. The moment they are taken offline, the digital goods disappear. NFTs are permanent, so can outlive the creator or buyer fueling its role as the lynchpin behind the future of the digital collectables industry.

This ability to authenticate shouldn’t be taken lightly. Every industry is targeted by fraudsters. The role technologies, like blockchain, play in completely securing assets, information services etc is like gold dust. This verification enables not just consumers to be confident in what they’re purchasing, but businesses in knowing their products and intellectual property are protected and being used in the right way.

In order to become mainstream, blockchain must be adopted by businesses and the products it underpins bought by consumers. With anything in a brand and consumer relationship though, it becomes a question of chicken and the egg. Which came first, the supply or the demand? In the case of blockchain adoption, this is very much something that needs to be driven by businesses in order to reach the mainstream.

This is because blockchain is never the star of the show that anyone sees instead it’s the glue that holds everything together. For it to reach the mainstream and be accepted by consumers, businesses must produce those real-world examples and emphasise how blockchain has made it possible.

For businesses to see the value of blockchain, they need only look at the world of digital collectibles. Not only can they tap into the benefits blockchain has to offer, but easily showcase its value to customers and generate new revenues at the same time, particularly when targeting Gen Zs.

Digital is that generation’s world, and NFTs and digital collectibles are the natural next step for them. With digital collectibles, brands can create anything and reach a whole new audience from movie memorabilia to comic books and art. The opportunities are limitless, all underpinned by the protection that blockchain offers.

With the hope that we’re starting to see the worst of the pandemic behind us, some things are starting to return to normal. However, what used to be considered normal won’t be coming back. From continued offers of table service to remote working, the way the world operated has changed forever and we’re now in the era of the new normal.

This drive to transform the internet and expand its digital world is only set to increase in this new environment, with technology adoption fuelling change. Blockchain will play a key role in enabling this, through its ability to authenticate and protect, transforming industries and promoting their digital growth.

It’s vital that businesses embrace it. Real-world examples are key to this, and businesses’ adoption of these are even more so. The road to the metaverse is in front of us, but it needs some passengers (consumers) and a driver (businesses) to ensure it’s a smooth journey.

The author is Gary Bracey, CEO and co-founder of Terra Virtua.