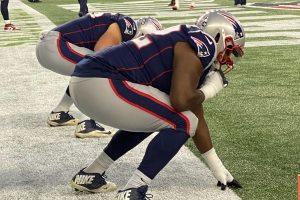 Verizon and the NFL announced a 10-year partnership that will utilise 5G to support innovation and technology adoption throughout the league. The partnership builds on the more than 10-year relationship between the NFL and Verizon that paved the way for the installation of Verizon 5G Ultra Wideband service in parts of 25 NFL stadiums.

Over the next decade, Verizon and the NFL will utilise 5G to unlock advancements that could have the ability to impact management, scouting, training, health and safety and game day operations.

“The NFL has embraced innovation for decades to bring fans closer to the game, from instant replay technology to outfitting players with microphones,” says, Hans Vestberg, chairman and CEO Verizon. “Our longstanding relationship, and swift delivery of 5G connectivity in 25 stadiums, has created new ways to bring fans even closer to the action. As we embark on the next 10 years, our work with the NFL will continue to enhance and transform not only the fan experience, but also has the potential to improve player training and overall venue operations.”

“For the past decade, Verizon has been one of our key technology partners, helping with everything from digital distribution of NFL content, engaging our fans at the NFL’s events, enhancing communications throughout the NFL ecosystem and upgrading technology within stadiums across the League,” NFL commissioner Roger Goodell says. “As we look to the next decade with our trusted partner, Verizon will help us capitalise on the promise of 5G technology, paving the way for the future of the game and delivering incredible experiences for millions of NFL fans.”

Together, Verizon and the NFL are transforming how people watch sports at the stadium. In 2019 Verizon deployed 5G Ultra Wideband in parts of 13 stadiums to coincide with the NFL regular season Kickoff.

Over the last two years, Verizon has expanded 5G Ultra Wideband connectivity within those venues and surrounding areas, and has partnered with the NFL on in-stadium fan experiences like Verizon 5G Multi-View, which enables fans to view up to seven simultaneous camera angles and AR overlays of the NFL’s Next Gen Stats on select 5G-enabled phones.

Verizon 5G Multi-View will continue to be available during the 2021 season in select NFL Club phone apps for fans in-stadium on gameday. 5G Ultra Wideband is live in select parts of 25 NFL stadiums and more than 60 sports and entertainment venues across the country.

5G can unlock the incredible speeds, massive capacity and low latency that is enabling true innovation within the industry. In the future, 5G could support real-time analytics and visualisations for coaches and players, giving them a whole new ability to learn from the last play and prepare for the next one. 5G-enabled NFL venues could be turned into digital arenas that can host mobile-gaming events with real-time, on-site multiplayer action.

Stadiums require a high level of technology, utilising business solutions that can then be deployed to businesses of any industry. 5G coverage throughout venues gives operators the opportunity to unlock solutions that impact fan experience, public safety, access control, concessions, and crowd management.

Verizon is working with collaborator technology companies to bring to life brand new experiences within stadiums and venues around the country. For example, Verizon is currently collaborating to pair LIDAR technology with Verizon 5G Edge to help venue owners gain real-time information on crowd patterns, so they can make immediate decisions to help improve the flow of people.

Verizon’s investment in upgrading the network in and around the 25 stadiums with 5G connectivity represents hundreds of millions of dollars in commitment to deliver fast reliable connectivity in NFL home cities. Specific stadium upgrades in this season’s Kickoff and Super Bowl cities include:

Tampa: Last year, Verizon invested over $80 million (€67.86 million) dollars for permanent network enhancements to its award-winning network to support the Super Bowl at Raymond James Stadium and around Tampa.

The stadium and the surrounding areas received substantial 5G enhancements, including 70 miles of high speed fibre, an upgraded distributed antenna system (DAS), and 281 small cell antennas that will provide coverage at events in and around the stadium as well as Downtown Tampa, Ybor City and the Tampa Riverwalk.

Los Angeles: SoFi Stadium, home of Super Bowl LVI, is Verizon’s 5G stadium build to date. The stadium and surrounding campus of Hollywood Park were built with 5G Ultra Wideband at the core by partnering early in the design process.

A decade of superFan celebrations

To celebrate Verizon’s 10-year partnership with the NFL, Verizon is giving one lucky NFL SuperFan two tickets to the next 10 Super Bowl games. During Kickoff weekend, fans can participate by Tweeting their SuperFan experiences from seasons past – favorite memories, photos from old games, creative face paint, or a quick message about watching games with family, anything that proves their fandom deserves the title of #Verizon5GSuperfan – for a chance to win. No purchase necessary. 18+ Ends 9/14.