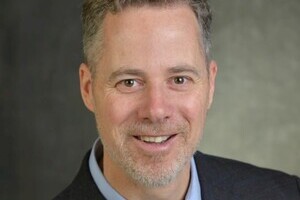 Enterprise data can be slow and difficult to manage for any organisation. Building low-code apps is simple and visual, but integrating data still requires a host of database skills. The Appian low-code data architecture intelligently and automatically reshapes your data for optimum performance based on your application designs. Users may source data from anywhere, without needing to migrate it. Visually combine, extend, and model relationships between varied data sources, and automatically optimise data sets for performance, without coding or database programming.

The latest version of Appian makes it easier to access, relate, and transform enterprise data:

●     Take advantage of data sync to build your applications faster. Data sync allows you to rapidly build applications around your enterprise data.

●     Relate more of your data with confidence with new one-to-many record type relationships that provide a holistic view of your data.

The new version of Appian also introduces new features for improved automation, UIs, connected systems, and application deployment enhancements that allow you to do the following:

●     Develop automations more efficiently by recording each step you take within your web browser each time you click or type.

●     Design more attractive UIs by creating applications with finer spacing controls to get the exact look you want and reduce clutter during design.

●     Use Connected Systems to connect to data sources and use object level security for greater control over access to data.

“The Appian low-code data architecture is revolutionary in defining how developers work with enterprise data to rapidly build applications,” says Malcolm Ross, deputy CTO at Appian. “We’re reinforcing the Appian Low-Code Promise that when you create apps with Appian, you should expect to build your apps 10x faster, reduce your maintenance costs by 50%, and gain superior functionality as compared to traditional development.”

To experience the Appian Low-Code Automation Platform for yourself, get your free Appian Community Edition environment.