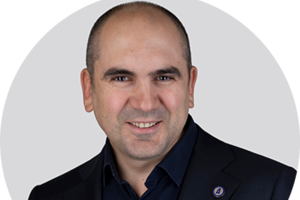 The technology, built with the Microsoft Bot Framework, helps to make the claims process far easier for customers while providing an effective solution that allows for the automation of key decisions.

Founded in 2015, RightIndem prides itself on delivering a greatly improved claims experience to its customers. Its bot platform empowers users to quickly put in a claim to insurance companies without speaking to anyone on the phone. And, with this system set up to deal with smaller claims, insurance companies save money by freeing up claim handlers to deal with the more complex claims over the phone.

After selecting Amdaris, RightIndem was able to augment its team’s expertise and scale its existing developer expertise. The platform was delivered in around 12 months, and customers now have access to a simplified onboarding process. The RightIndem team has seen a 10/10 client feedback score since the implementation, which was delivered with quality and precision.

Ben Burt, director of technology, RightIndem, comments, “Working with Amdaris has been a game-changer for us. The team has accelerated the development of the RightIndem platform, while providing a great level of service and prompt support.

We needed a trusted partner to help achieve our fast growth strategy, and chose Amdaris because of the ability to scale up our extended software development teams as and when required. This team works collaboratively, quickly and iteratively, which helped us meet delivery deadlines and significantly increase the speed to market.”

Vlad Nanu, co-CEO at Amdaris, adds, “By using the Amdaris Way of delivering exceptional software and people, we have been able to adapt quickly to the latest and greatest techstack, working together with the RightIndem team to build on their existing capabilities. The company has an ambitious roadmap and it was great to be part of this journey.”

Nanu concludes, “The Microsoft Bot Framework provides extensive features for the ongoing development of the RightIndem solution, to make life easier for claims handlers. There are plenty of development opportunities, and we view our work so far as the beginning of many enhancements for RightIndem.”