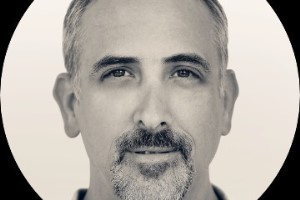 The research, carried out by Vanson Bourne, surveyed US and UK decision-makers from financial services, IT, and technology organisations. It uncovered clear demand in both regions for enhanced regulation to drive effective, compliant and responsible bot usage.

Demand for guidelines and regulation

Bots are changing the way we work, saving businesses thousands of hours and significant sums per year. Despite this, due to the actions of a small number of irresponsible bot users, myths and misconceptions about this technology are rife.

Most common uses of bots

The positive impact of bots in a growing number of industries illustrates the rising demand for this technology tool. Almost all (95%) of organisations surveyed plan to expand their automated functions, and with that bot usage, in the next two years.

The survey reveals the most common uses of bots in corporate environments. Customer service topped the list, with 76% of organisations utilising bots to deal with customer queries and feedback.

Perhaps unsurprisingly, given the increased role of data-driven decision-making in many businesses, data-related applications are the second most common use of bots across both geographies. 69% of UK and 48% of US respondents report using bots for this purpose. Of organisations which use bots to retrieve data insights, 66% report occasionally using an external provider, whilst 8% of surveyed IT leaders report that their organisation does not outsource operations carried out by bots to third parties.

The other common uses of bots revealed in the survey include cybersecurity (51%), the automation of backend tasks (35%), automated trading (23%) and social media engagement (22%).

Further key findings from the survey include:

“Bots are no longer just a futuristic ambition. It’s clear that they are now playing a crucial role in driving the real-time economy forward. Bot usage has been growing rapidly in recent years and this research highlights the rising number of use cases for this vital technology,” says, Ron Kol, CTO of Bright Data.

“It’s no surprise that bot usage is growing within the data sector. For this to be both effective and sustainable, organisations need to be responsible when collecting public web data or choosing a compliant third-party to do this for them this includes advocating for increased global regulation. Given that the bot space is so fast moving, outsourcing bot operations makes it even easier for financial services, IT, and technology organisations to focus on what they excel at and leave the bot management to the professionals”.