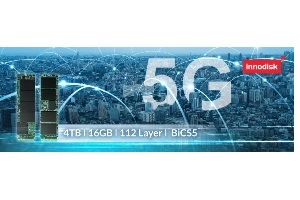 5G and AIoT need more speed and more capacity, and PCIe 4.0 delivers, doubling the speed of PCIe 3.0 and providing the much-needed performance boost to keep pace with innovation and industry trends.

Not only speed and capacity, but tolerance of wide-range temperature is also crucial. Consumer-grade products aren’t tough enough to withstand the high temperatures of outdoor and industrial settings, so Innodisk is introducing the industrial-grade PCIe 4.0 SSDs built to handle those challenging conditions.

PCIe 4.0 increases the maximum capacity to 4TB, doubles the bandwidth, and raises the speed to 16 GT/s which is twice that of PCIe Gen3. Although third-generation PCIe offered only modest speed increases over the popular SATA III for storage applications, it did provide the much sought-after advantages of full forward and backward compatibility. PCIe 4.0 retains that coveted compatibility while also adding noticeable speed increases.

Being the global industrial-grade SSD provider, Innodisk is bringing its industrial prowess to the table and plans to implement Namespace technology for its future releases and once again upgrade its industrial-grade solutions. Industrial strength is important for outdoor use, which is increasingly common with higher density 5G infrastructure and critical for industrial use, where temperatures are high. Some specific applications include smart street lights, 5G mmWave, security inspection cameras, and 5G internet hosting.

PCIe 4.0 is a relatively new technology, system integrators, and industry experts are keeping their eye on future developments, providing plenty of room for early entry into this opportunity.

To meet those demands, Innodisk offers the following PCIe Gen4x4 SSDs, slated for sample distribution in October 2021 and will offer stable long-term supply: