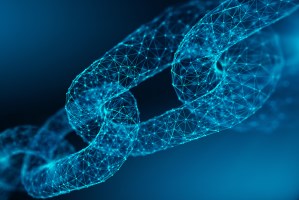 Researchers at the Technology Innovation Institute (TII) in the United Arab Emirates (UAE) are said to have improved the feasibility of a new class of algorithms to protect blockchain applications against quantum computing cryptographic attacks. This builds on the considerable research already underway across the cryptographic community in developing better protocols for improving zero-knowledge proofs.

The specialised area of cryptography has been gaining significant interest since zero-knowledge proofs are widely used in techniques like blockchain, smart contracts, and identity verification.

The most popular approaches have involved using matrix computations. However, there is some concern that Future research may find new and improved ways to compromise these protocols. So, researchers are always looking for promising alternatives to provide multiple types of protection against future cryptographic attacks.

The various types of quantum-resistant problems and algorithms built on them are considered safe at the present time, because no one has demonstrated a credible quantum computer attack against them. Emanuele Bellini, lead cryptographer at TII, says, “We are in the early stages of understanding what is quantum-resistant and what is not. The safest approach is to build the quantum-resistant scheme based on many different problems so that if one is broken, you are still hopeful that the others are not.”

Most of the work on quantum-resistant protocols for zero-knowledge proofs has been based on lattices. Lattices are very flexible and are one of the most malleable cryptographic mathematical structures that can be applied across the board. The TII team has focused on alternatives to lattices based on the Rank Syndrome Decoding problems, which, although promising, still need more research to make them a credible solution.

Cryptography is a bit of a cat-and-mouse game, where researchers are constantly finding enhanced solutions to break protocols and more effective ways to implement them. It is not even necessary to completely break an approach to reduce its attractiveness. Bellini says, “If someone discovers an attack to the lattice problem that just slightly improves the previous attack, it means that the lattice parameters would have to become larger, and then other approaches would become relatively more efficient.”

The importance of zero-knowledge proofs

“Zero-knowledge” has recently become the most popular keyword in cryptographic papers presented at conferences. The popularity of these protocols grew in response to the enthusiasm around blockchain since this is the most common use case. In these applications, the goal is to be able to prove a statement is true without the rest of the blockchain understanding information about the exchange. The simplest implementations of zero-knowledge protocols are often used for identity verification.

A zero-knowledge-proof protocol organised the interaction between two parties in which one is the prover and the other the verifier. The two parties exchange information, and after the exchange, the prover can confirm the truthfulness of the statement, such as whether someone has enough money in a blockchain wallet for a transaction without knowing the total in the wallet. This is also done in a way that hides information from third-party observers.

Classical algorithms were inefficient, and the quantum-resistant implementations are even less so because they require larger keys. They also require larger parameters such as the size of the proof, the number of bits that need to be communicated between prover and verifier, and the amount of work each party must perform to build the proof. These quantum-resistant protocols might take minutes or hours to run compared to a few seconds for the protocols built on classical algorithms.

These different classes of problems organise numbers into a particular structure that is best suited for verifying a zero-knowledge proof built on top of the problem. The shortest vector and NTRU are similar and use lattices to encode the numbers to compute the problem’s answer.

Emanuele Bellini, lead cryptographer at the TII, says, “The Rank Syndrome Decoding problem is not something we invented. However, it is a newer problem than Syndrome Decoding and the lattice problems, so it is less studied.”

A key building block of this new construction is a commitment scheme that essentially requires one party to commit to a statement, such as having executed a certain amount of work, which can be verified later as part of a transaction.

TII researchers also demonstrated how this commitment scheme could be built into any kind of circuit, which is a fundamental building block for cryptographic transactions. Prior research had examined how RSD could be applied to signature schemes based on identification protocols using zero-knowledge proofs. However, the TII research is the first demonstration of how RSD could apply to any arbitrary circuit that could be used across many different applications.

An arbitrary circuit in cryptography is analogous to an electrical circuit in a computer chip in which bits are logically combined using gates that perform logical operations such as executing AND, OR, and NOT statements. Bellini says, “if you have enough of these gates, you can build any function.”

The proof size required for verifying the statement grows at a quasi-linear rate. This means that larger statements require more computation to prove but not nearly as much as would be needed if the proof size grew at a quadratic or exponential rate.

A zero-knowledge proof is not the same as a mathematical proof. A mathematical proof is a deterministic process that allows someone to assert whether a statement is true or false based on certain assumptions. In contrast, a zero-knowledge proof is a probabilistic proof in which a statement is proved with a certain degree of probability. The probability of making a mistake is called the soundness error or cheating probability since it represents the risk that someone might be cheating but not caught.

This error can be made as small as possible by repeating the calculation multiple times. The current implementation’s cheating probability is 2/3 on the first pass, which is insufficient to convince a verifier. However, by repeating the proof 219 times, the cheating probability drops to 1/2128, which is extremely low. “The fact that it is wrong is less probable than a meteor will fall on your head this afternoon,” says, Bellini.

Future research is looking at how to reduce the soundness error of the fundamental building blocks even further. But this needs to be approached cautiously since it may reduce the probability by creating a much longer proof that takes more time to execute. Bellini expects this to be doable since there are already examples of reducing the likelihood from 2/3 to 1/2 when using RSD for identification protocols. This would mean the researchers would only need to repeat the process 128 times rather than 219 times.