When two become one: Marrying networking and security with SASE - The EE
Skip to content 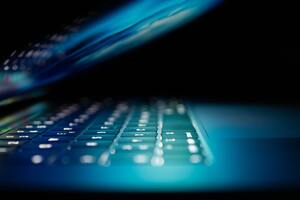 The security measures we rely upon to protect our networks and defend against those looking to exploit them are no longer up to the job. Some of the most devastating cyber attacks to have ever occurred have taken place over the past year, with SolarWinds and the Colonial Pipeline attacks being a couple of the most infamous, to name a few.

A potential contributing factor to existing network weaknesses, says Michael Wood, CMO at Versa Networks, is that many of the platforms we founded our business systems on are decades old. Wide-Area-Network (WAN) as a technology, for example, hasn’t changed in more than 20 years. With the merging of business-critical apps and personal apps on a user device, now is the time to redesign the network for the future.

But how do we go about doing this when our current network foundations are so established?

Secure Access Service Edge (SASE), a recent development coined by Gartner in 2019, has quickly become a popular and well-established solution. SASE is the integration of network performance and security solutions in one unified platform for example, software-as-a-service (SaaS) and firewall-as-a-service (FWaaS). Whilst still relatively new, this approach is set to pave the way to a securer network solution for organisations.

The journey so far

For years, enterprises have been migrating away from the traditional on-premises security and networking platforms to more agile solutions. The events of 2020 merely accelerated the progress being made. The needs of a remote workforce forced businesses to reprioritise their approaches to network and security.

Traditional SD-WAN solutions have long been the favoured software-defined architecture for such needs, but they no longer solve all challenges being faced by organisations, especially relating to security. The need for further developments has paved the way for new solutions, like SASE, to take front and centre place.

The capabilities of this solution will give businesses a fighting chance in the ever-evolving cyber landscape. Flexibility is a central factor to SASE, as it has the ability to be deployed through the cloud, allowing organisations to apply security defences in any area of the network, across multiple locations. This capability helps strengthen a company’s defence line by eliminating the risk of security gaps, as well as bringing the overall cost down because they don’t have to pay for multiple solutions for each area of the network.

According to our survey, 87% of companies have already adopted VPNs or SASE, or are contemplating adopting SASE within the next year. Given that 32% of businesses are worried about being able to protect the company network from security threats, it’s clear what the motivations are going to be for leaders moving forwards. Not only is SASE able to up the level of security applied, but also ensure the required levels of service across the board are met. In a predominantly remote environment, being able to manage both security and network performance from one platform is ideal.

SASE is a viable option for any organisation given how easy it is to apply to the network. With just one existing SASE service, businesses can simply expand to cover more areas of the company. Adopting SASE does not have to be a big enterprise which involves up-ending the entire network. Instead, teams can take small steps and tackle one change at a time. For example, cloud security might be a priority so this would become the focus and the first change an organisation makes.

Awareness is central to the progress of SASE, and it’s important that organisations take the time to fully understand the solutions on offer. As it stands, only 31% of teams can correctly define SASE, and 13% of those not planning on deploying the service admitted to not knowing the actual benefits.

To effectively support their long-term remote workforce, teams should invest in solutions that will allow them to operate both physically and digitally to keep up with the needs of the business. The greatest benefit for organisations is not having to consider networking and security as two separate entities. With SASE making them symbiotic, businesses automatically reduce the amount of time and resources managing them and can instead focus on other areas of the business that require attention.

The author is Michael Wood, CMO at Versa Networks.