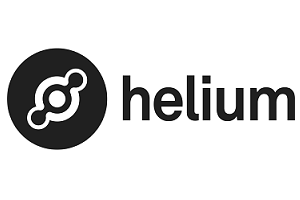 In addition, DISH will be the carrier to utilise the Helium Network’s unique blockchain-based incentive model with customers deploying their own 5G CBRS- based hotspots.

The Helium Network is a consumer-deployed, decentralised wireless infrastructure that produces and delivers data-forwarding hotspots. By installing a hotspot in the home or office, a customer can provide and/or strengthen 5G wireless coverage using CBRS spectrum. In return, a customer will earn rewards in the form of $HNT, a Helium network-based token. Powered by the company’s blockchain, the Helium Network is creating a new wireless economy through a breakthrough economic model known as the burn-and-mint equilibrium (BNM).

DISH is no stranger to the world of blockchain. In 2014, it became the company to begin accepting Bitcoin, as well as the subscription-based TV provider to accept the currency. The company also went on to add Bitcoin Cash as a payment option in 2018, and the following year, GoChain added DISH as a signing node on its public network. Additionally, DISH and Input Output Global, the technology company behind the Cardano blockchain, announced a partnership agreement to build a variety of blockchain-based services together.

“Blockchain technologies hold tremendous potential for the wireless industry, and Helium is among the leading innovators who have demonstrated that the blockchain incentive works by creating the largest decentralised, unlicensed wireless network across the U.S.,” says Chris Ergen, head of the DISH Office of Innovation. “As we build out DISH’s 5G facilities-based network, we will continue to look for innovative technologies and business models that complement or support our wireless business.”

Helium decentralised wireless network coverage has rapidly grown to over 240,000 LoRA-based hotspots across 21,000 cities in North America, Europe and Asia. There are more than 500,000 additional hotspots currently back-ordered and over 50 new manufacturers waiting to be approved to build and sell Helium-compatible hardware.

“Using Helium Network’s technology and blockchain-based incentive model, DISH is a pioneer in supporting an entirely new way to connect people and things,” says Amir Haleem, CEO and co-founder, Helium. “The CBRS-based 5G hotspots will be deployed by customers, creating opportunities for users, partners and the entire ecosystem.”