Adastra : a new French supercomputer on the road to exascale - The EE
Skip to content 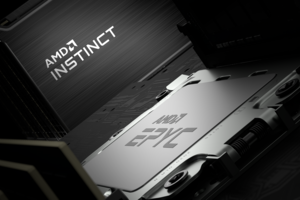 GENCI, the French national agency for High Performance Computing and CINES, the National Computing Centre for Higher Education (one of the 3 French national centres), together with Hewlett Packard Enterprise (HPE) and AMD have unveil the acquisition of “Adastra” supercomputer and its upcoming deployment during next spring.

At 2022 horizon, Adastra will be one of the powerful supercomputers for academic and industrial open research in Europe, thanks to its state-of-the-art architecture, which will complement GENCI’ systems already available at the two other national computing centres (TGCC for the CEA and IDRIS for the CNRS-INS2I).

This new leading-edge system “Adastra” takes its name from the Latin sentence “Per aspera ad astra” meaning “Through hardships to the stars”. Adastra will indeed provide scientists with innovative and large-scale computing capabilities on the difficult paths of research with more than 70 PFlops/s, more than twenty times computing power of the current system in production at CINES. This will strengthen the position and the means of French research on the exciting path to Exascale.

GENCI has selected the HPE offer based on the HPE Cray EX system after an open competitive dialogue which happened during the pandemic period, for 18 months. The selection has been based on a TCO approach, relying both on sustained performance and optimised energy consumption for full-fledged scientific and industrial applications representative of a typical production workload and an innovative process of integrated collaboration called “contract of progress”, starting for 2 years in November, earlier than the delivery of the system.

Thereby, Adastra will be based on a balanced and modular converged architecture with 2 complementary compute partitions, to answer the various needs of hundreds of daily users:

The whole system, federated by HPE Slingshot, a high performance Ethernet fabric designed for HPC and AI solutions, will access a two-level Cray ClusterStor E1000 Lustre parallel file system from HPE providing close to 2PB with a throughput of 1.3 TB/s based on the level 1 full-flash scratch and a second level based on 24 PB @ 250 GB/s based on fast rotative disks.

In the goal of optimising global energy consumption, the solution provided by HPE is among one of the most efficient by cooling 97% of the heat generated by its machine through warm water liquid cooling associated with a PUE of 1.10 leading to a maximal sustained consumption of 1.59 MW.

Finally, as part of the contract, HPE and AMD are engaged with CINES and end users’ communities in a 2-years contract of progress toward jointly porting, optimising and scaling out HPC and AI applications on the accelerated partition of Adastra. These activities will leverage the AMD ROCm open software platform using the HIP and OpenMP programming models, compiler toolchain and analysis tools, thus participating in the French global effort toward Exascale-enabling of scientific and industrial applications.

“Adastra will allow French research teams to position themselves even more strongly on the path to exascale, and to prepare for the change associated with extremely large-scale resources and new technologies/services. The realisation of this major step came from the dialogue and the expertise of CINES, GENCI and HPE teams.” says Philippe Lavocat, chairman and CEO of GENCI.

“This new Adastra supercomputer is a double challenging for CINES, massively switch users to boosting GPU while overcoming the electrical consumption. The 21x jump in computing power is dizzying compared to the current machine, while power consumption only grows by 1.5x for green HPC. The GPU support provided by AMD, using the HPE Cray EX system, allowing Adastra to ramp up, is the key element that will ensure the success takeoff of researchers to the stars!” says Boris Dintrans, director of CINES.

For the Conference des Presidents d’Universites (CPU), “it marks an important step in the digital strategy of french universities, both in its research component by making available this next-generation supercomputer for state-of-the-art simulations, and also to guide and support students towards HPC in terms of training” says Guillaume Gelle, vice-president of CPU.

“We are honoured to have been selected by GENCI, which empowers some of the world’s leading research centres, to deliver advanced high performance computing (HPC) and AI solutions using exascale-era technologies in support of propelling France’s R&D efforts,” says Justin Hotard, senior vice president and general manager, HPC and AI, at HPE. “The design of the Adastra supercomputer is a result of a close collaboration between GENCI, CINES, HPE and AMD to deliver a specialised, high-performing system to harness larger data sets, including optimising AI and machine learning needs, to accelerate discovery and innovation at a faster rate.”

“AMD EPYC processors and Instinct Accelerators are becoming the HPC industry’s choice when performance, scale and capabilities are needed for the demanding HPC workloads that aim to solve some of the world’s most pressing issues. We are proud to be working with CINES, GENCI and HPE on the Adastra supercomputer as we draw closer to the exascale era in Europe.” says Roger Benson, senior director, commercial EMEA at AMD