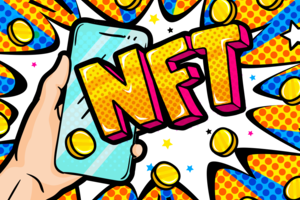 Over the past few months, non-fungible tokens, or the NFTs, have burst into the mainstream, expanding and challenging our collective understanding of ownership. But what are they? This article provides a brief introduction to NFTs, a roundup of 2021 and why we believe they are paving the way for strong growth in years to come, says Shruti Soni leads marketing & PR at RtistiQ.

What is an NFT? what does it stand for? how do they work?

Non-fungible, meaning they cannot be exchanged and hold a unique representation. The term ‘Token’ refers to unit of value that is stored on a secure distributed ledger called a blockchain. Essentially, an NFT is a digital asset that is a publicly verifiable intellectual property authenticated on a blockchain, mainly on Ethereum, which further can record all the transactions (namely the provenance) on the ledger in a tamper-proof manner. The asset can be physical & tangible or digital & intangible and can record the ownership of art, image, video, video game skin, trademark, cryptokitty and much more.

How to determine the value of an NFT?

The value of an NFT is what the market says it is which means what someone is willing to pay to own the NFT vs. its copy. Several factors gauge the NFTs’ worth such as rarity, utility and tangibility. The value of an NFT also differs for short- or long-term holding, depending on the asset the NFT represents. Before investing on NFT’s it is often a good practice to research more about the creator, rarity and the long term view, similar to any asset investment.

NFTs are just getting started

Though the NFTs have been around since 2014, they have roared in popularity only in 2021. They are still in the very first stages just like the iPhone was in its first year. The simple iPhone applications of that time have now moved to the Ubers of the world, the scanner, a portal to the new world experience of augmented reality, earthquake early warning system, a healthcare partner in our pocket and more. The NFT minefield is likely to take a similar curve and be a formative business model catalyst not only in the crypto space but extending to all sorts of industries and niches.

So NFT is not only for digital art?

That’s right. Many associate NFT with digital art, but this ecosystem is not only limited to that. They can actually be used to authenticate and auction any kind of collectible. There have been a growing number of marketplaces dedicated to assets that have emerged this year. A large number of celebrities, brands and sporting organisations are now fuelling awareness.

Indian celebrities from the world of Bollywood and cricket are launching digital memorabilia through NFT, hoping to rake in hundreds of thousands of dollars by cashing in on growing interest in such assets. Bollywood superstars Amitabh Bachhan, Kamal Haasan, Salman Khan are testing waters.

The CEO of Coinbase “Brian Armstrong” stated that he believes that the new NFT marketplace could be bigger than its cryptocurrency business. An example of NFTs bringing more programmability to tangible assets is the luxury jewelry brand Asprey that recently announced that it would be utilising NFTs tied to each of its jewelry pieces to solve the problem of liquidity and difficulty in confirming authenticity. Each of its jewelry will now come with an NFT.

We believe that 2022 will be a breakout year for NFTs. Millennials, and Gen Zs, have digital lives and it’s natural to want to take digital representations into their worlds. They are here to stay, dominate and slay. There is much more to come with their use in the metaverse and in the Ethereum Naming Service (ENS). So much of the world is yet to discover them. Disney, one of the largest media conglomerates in the world, has just begun it’s journey with NFTs this month. Athletes have barely discovered it. So many companies outside of crypto are only now beginning to realise that they have thousands of assets that can be traded as NFTs.

It is almost a blank canvas that is ready to break out. How big can it get and what next? The speculation is that at the current pace it could be a 100 Billion market in 2022, that is next year! We are bullish on the possibilities it offers and its place in the future. Are you?

The author is Shruti Soni leads marketing & PR at RtistiQ.