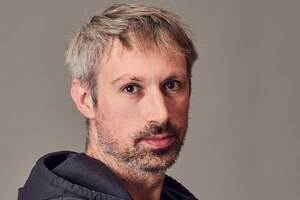 Berlin, Dec. 18, 2021 – As blockchains have become more widely adopted in recent years, the lack of interoperability among chains has remained a major obstacle. After five years of technical development, Polkadot has launched the parachains, individual blockchains running in parallel within the Polkadot ecosystem, on its network.

This marks a major breakthrough for interconnected blockchain technology. Parachains will be able to interact seamlessly within the Polkadot ecosystem.

Slots on Polkadot’s main blockchain, its Relay Chain, are allocated via auctions. The winners of the first auction include parachain teams focusing on a variety of topics from decentralised finance, to investments and loans, as well as smart contracting. They are Acala, Moonbeam, Parallel Finance, Astar, and Clover. They will be able to lease a slot on Polkadot’s Relay Chain for up to 96 weeks at a time. And as the ecosystem grows, especially with nascent emergence of metaverses, dozens of protocols will become increasingly visible. In that scenario, there will not be a single blockchain, but we will have several interconnected chains.

“After taking a bet on Polkadot and the Substrate framework when we started building over two years ago, we couldn’t be more excited to be launching Acala’s parachain to provide a DeFi platform and native, decentralised stablecoin (aUSD) to the Polkadot ecosystem and beyond,” says Bette Chen, co-founder of Acala.

Polkadot was launched in May 2020 with the aim of advocating a “fragmented” multi-chain future to facilitate the interoperability of blockchain networks. To make this interoperability a reality, Dr. Gavin Wood, founder of Polkadot and co-founder of Ethereum, created a layer zero known as Relay Chain, which supports 100 parachains, sovereign blockchains that work in parallel with a high level of security.

Blockchain developers know that operating over a distributed network can be challenging, but the technical tools are getting better and better. “No single blockchain design works optimally for every use case. Each chain comes with trade-offs making it good for some applications and not others. The parachain model was created with the belief that the future of Web 3 will involve many different types of blockchains working together. Just as the current version of the internet caters to different needs, blockchains need to be able to provide a variety of services. Parachains solve this,” says Dr. Gavin Wood.

Ultimately, Polkadot will offer 100 parachain slots. Further slots will be allocated in batches over the coming months. Not all of these slots will be allocated via parachain slot auctions, as some will be used for governance-enabled common-good parachains and parathreads. As more parachain teams connect a growing range of solutions to Polkadot, the network’s vision of a more diverse, decentralised, and interoperable internet – Web3 – will become reality.

The next batch of Polkadot auctions will begin on or around December 23, 2021. The second batch will feature six auctions in total, with the six winning parachains to be onboarded on or around March 11, 2022.