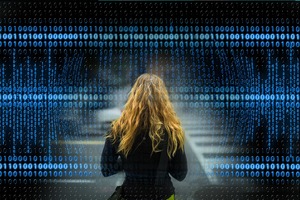 You don’t have to look far in the media to find experts predicting that 2022 will be the year of automation. As the technology skills crisis continues and the post-pandemic ‘great resignation’ prompts burnt out IT professionals to consider career alternatives it is clear that if people aren’t available to plug the gaps, automation must be at least part of the solution.

In cybersecurity automation will be critical to lift the burden of high volume mundane, repetitive tasks from skilled employees. This will create more secure companies and more attractive employment for cybersecurity professionals. In the current environment, automation is fundamental to strengthening an organisation’s security posture, but there are undoubtedly challenges to effective implementation, says Celine Gajnik, global marketing director, ThreatQuotient.

We recently polled senior cybersecurity leaders to learn more about how they view automation, the challenges faced and how they plan to implement it in the coming year. What we found shows a need for better understanding of the potential of automation at C-suite level.

Heads of incident response were more likely to say automation was very important 37.5% with a further 50% saying it is somewhat important. CISOs, however, placed less importance on automation, with a comparatively low 28% rating it very important.

These discrepancies may indicate differing awareness around both the current situation within security teams and the role automation plays in driving efficiency. Incident responders are on the ground at the forefront of defence and naturally prioritise tools that ease workload, while security solutions architects are looking for tools that reduce pressure on teams while also increasing coverage. While these are undoubtedly key factors for CISOs, there is perhaps less awareness of how security automation can deliver improvements fast.

What is driving demand for more IT security automation?

In terms of the top three drivers for adopting security automation, the three roles agreed that increasing productivity was the most important benefit. This reflects the heavy workloads inherent in security departments and the ever-present need to do more with less by making team members more productive.

Solutions architect respondents also pointed to the skills shortage as a key automation driver, but respondents in all three roles also acknowledged that lack of skills has proved a barrier when implementing security automation. This creates a familiar chicken-and-egg scenario where organisations want to automate to solve the skills shortage, but can’t because they lack the required skills. For automation solution providers, this underlines the need to ensure solutions are easy-to-deploy, draw together tools and data that the organisation is already using, and deliver fast ROI.

When we asked about the specific automation features leaders are seeking in a security product, a split was evident. More heads of incident response (IR) rated having atomic actions that take place inside one system, such as automatically creating a ticket, as critically important than did their CISO counterparts. This underlines the reactive, time-critical and high-profile nature of IR tools must not only discover threats, but also set out the path to remediation as quickly as possible.

IR leads aren’t quite ready to take their hands off the tiller entirely, however. When we asked for their views on the value of “partially automated workflow automation that updates multiple systems and products, but involves human intervention to either initiate or approve the actions taken”, more than one quarter of IR heads thought this was critically important, compared to just 13% of CISOs and 20% of security solutions architects. Clearly IR teams want to have visibility into automated processes and control over actions, while CISOs and solutions architects are less concerned about being hands-on.

For CISOs the most important requirement for success when rolling out security automation is having well-defined manual processes. This is not too surprising CISOs are looking at the current situation and projecting forward, therefore having good understanding of the process they are aiming to automate is important.

However, CISOs shouldn’t limit their automation ambition to basic direct replication of a step-by-step manual process. A security automation project offers a great opportunity to integrate other intelligence sources that can give greater context to the data and alerts received, transforming the original manual process into something far more effective. IR leads understand this; for them integration between vendor technologies was the most important requirement for success.

Looking at the blockers to implementing security automation, CISOs found management understanding/buy-in to be the biggest problem, suggesting that they need to better communicate the strategic benefits to the C-Suite in order to gain sign-off on projects. IR leads acknowledge the skills shortage, with more than half saying a lack of relevant skills is stopping them from applying IT security automation. However, skills shortages are also driving the need for automation 43% of solutions architects say it is the reason more automation is needed.

Lack of trust in outcomes

Interestingly, the study also found that, despite the general agreement that IT security automation is important, there is a lack of trust in the outcomes delivered by automated processes. All three roles polled raised this as a problem they’ve encountered when implementing automation. This is akin to the “black box” problem suffered in AI, where a lack of visibility into the process makes humans less likely to trust recommendations. Security automation vendors need to consider this and ensure their solutions provide the right degree of transparency and control over alerts and policy application to engender trust. Beyond this, it is undoubtedly the case that as solutions prove themselves over time, greater trust will be built.

Ultimately, what we’ve seen from our research is that there is still work to do to ensure the value of IT security automation is understood at all levels of the business. There needs to be greater alignment between the different components of IT security teams and communication from the incident responders and solutions architects up to C-suite level will help to better establish priorities.

At C-level there needs to be greater recognition of the accelerative impact security automation can have on corporate security posture. Additionally, there must be a shift in mindset away from thinking of automation projects as simply replicating existing processes, toward recognising the transformative possibilities that adding contextual information and remediation pathways can deliver.